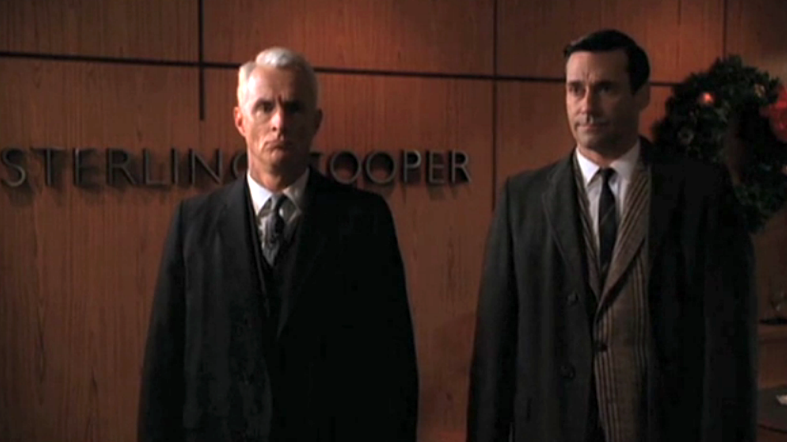 Elisa Kreisinger: Why remixing TV is good for business

MIPCube speaker Kreisinger's Mad Men remixes got more views than the show's official trailers. Here's why she thinks this is a good thing for TV.
By Elisa Kreisinger on June 6, 2012 1 Comment

I created the viral Mad Men remix, Queer Men: Don Loves Roger as part of a larger, on-going project for remixing TV narratives in our collective pop-cultural consciousness to tell a story that’s a variation on a theme. Some call it remix, others fan fiction.

I called it writing for TV with TV.

Both “Queer Men” and my previous remix, “Mad Men: Set Me Free” individually received more views than all the AMC YouTube trailers for season 5. AMC created about 5 trailers, each with about 25,000 views each. The most popular one, with 38,000 views is here.

My “Mad Men: Set Me Free” remix (above) has 101k views on vimeo, where it went viral from. YouTube views are 17,000. YouTube chose to disable embedding on the remixes due to third party content match on behalf of Lionsgate. As a result, the vimeo link was embedded and shared more readily.

I didn’t hear from either AMC or Lionsgate, nor did I work with either group on the remixes. However, both remix videos fall under a fair use of copyright content and thus, should not be disabled on YouTube. For Lionsgate & AMC, it’s a great way for their content to reach a younger demographic. However, because of Lionsgate’s profit sharing agreement with YouTube, the site can disable the content based on Terms of Service.

With Don Loves Roger, I sought to create an entire alternative narrative with clips taken out of context. To do this I created a database of time-coded transcripts of every episode and then I selected clips, lines of dialogue and scenes accordingly. I literally wrote with these pieces of TV: the disparate clips, cutaways and lines of dialogue, chipping away and rearranging it until I had a definitive story arc that made sense.

Just like with any writing process, there are a ton of great scenes that don’t make it in to the final draft because, although perfect, they don’t fit the story. For example, I have a tragic phone conversation between Don and Roger where Don wants to come out of the closet and Roger tells him it’s not worth it. Don’s heartbroken and defeated. (In its original context, it’s a scene from “The Suitcase” where Don finds out Anna has died). That scene remixed with Roger on the other end of the phone fit together so well but it didn’t fit my story. So I cut it and it hurt to see it go. But it’s just like any other writing and editing process, you’re just writing with existing TV.

I chose Mad Men because it is a complicated show, where there’s no one ‘correct’ interpretation of it. In a remix, everything is taken out of its original context so when that context is in flux, there’s a million different stories to be told. That meant I could pick any thread (like Don and Roger’s competitive relationship) and run with it to make my own version of the story.

From a production standpoint, the pregnant pauses throughout the show allow for creative dialogue manipulation, which is the key to building a cohesive narrative. For example, when we see Don thinking a deep thought, we can hear any line of dialogue, like Roger confessing his love for him. It’s those cutaways that make a remix narrative possible and Mad Men had a lot of those. You’re writing with existing lines of dialogue and placing key images over it to tell the story.

Last, Mad Men is a show that has gotten away with murder: in its narrative, Mad Men can attempt to critique social norms and gender constructs. But AMC clearly exploits these themes through their retro-sexual ads. For example, AMC’s “Secrets, Envy, and Adultery Are Back” ads. That’s not really what the show is about. But it’s easily marketable.

Man Men creator Matthew Weiner’s been able to play that line between social critic and commercial success. Being able to create a story that firmly critiqued gender roles and masculinity for an introspective millennial audience was not AMC’s or Weiner’s story to tell. They can’t. It’s not their business model. It’s my story to tell.

Re-interpreting branded content for a millennial audience is a part of my generation’s remix culture.

Check out more of Elisa’s remix work on her blog, PopCulturePirate.

We also caught up with Elisa and her fellow speakers after their MIPCube session in Cannes. Here’s what they had to say on copyright & TV: