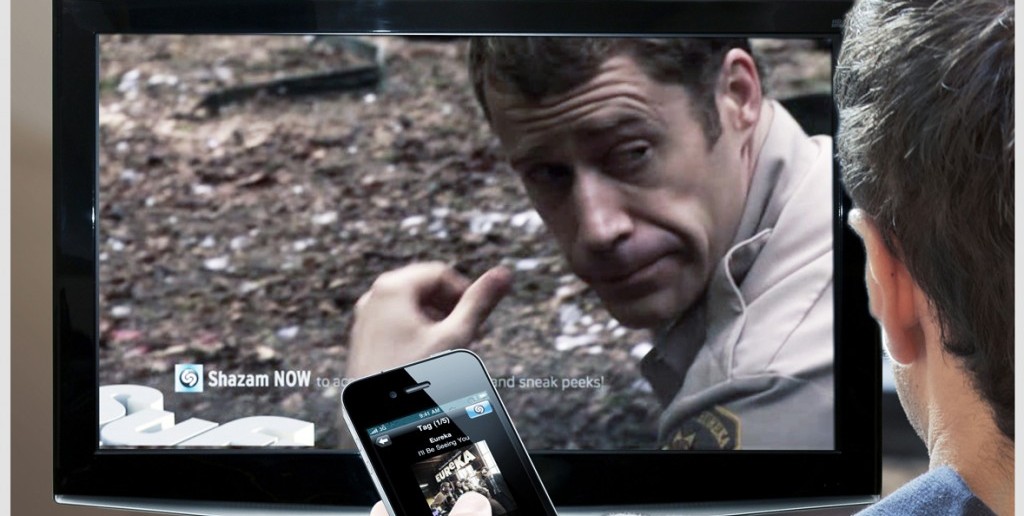 Interview: How Shazam aims to replicate US TV success worldwide

The music recognition service has now evolved to TV, with promising results stateside and a recent deal with the UK's ITV. Miles Lewis explained all to StrategyEye.
By James Martin on May 22, 2012 0 Comments

The below article was originally published by MIP content partner StrategyEye, here. The next day, Shazam reported that around 50,000 viewers used its app to tag the Pepsi MAX and Cadbury ads during special breaks in Saturday’s ‘Britain’s Got Talent’ final; in just 60 seconds of airtime. Read on for more on the company’s TV strategy…

Shazam’s growth over the last year is a story of a small firm tapping into a big market at the right time. From 30m users for its original service, Shazam is benefiting from the explosion in smartphones, now boasting 180m users and growing at a rate of 1.5m per week. With the firm signing its first UK deal with ITV, its new European VP, Miles Lewis, explains how the firm is looking to replicate its transatlantic success outside the US.

StrategyEye: How did Shazam for TV come about?

Miles Lewis: About 15 months ago in the States, we had an epiphany and said, if we do music, why can’t we do TV? It was around the start of the second-screen phenomenon. It wasn’t huge, but it was there, and an American sci-fi channel came to us and asked if it could Shazam-enable its programming. That conversation has now developed into us making it really simple for someone to Shazam something, whether that’s a TV ad, a programme or a whole series. What the consumer gets on the phone is critical. If you put your hand up to say you want to see more of an ad [after tagging it], there has to be a reward for your time. It actually only takes 10 minutes to add the Shazam function to a TV ad, but I had a conversation with one agency where we’re still going round in circles working out what the tag result should be. The client wants to remain nameless, but they want to provide a year’s supply of their product. It’s not a car, it’s an FMCG [fast-moving consumer goods]. With the 19 to 20 year old target market, that’s just not going to fly. So our first question is always why? Why would I want to do that? But if Florence and the Machine happen to be playing on a channel and you Shazam it to get a song for free, then that’s brilliant.

Which brands are approaching you?

> We’ve worked with most of the major networks in America, like NBC or ABC. Because we’ve enabled a huge amount of ads and content, the Shazam logo is popping up all over the place, in the same ways Facebook and Twitter once did. At the moment, because it’s so hot, there’s an awful lot of incoming enquiries.

Who are you working with outside the US?

> We have a partnership down in Australia already, with a company called Mobile Embrace. They bypassed the PC and went straight to mobile, years before us. So that shows potential. The second-biggest market for Shazam-enabled TV ads is Australia. We have a campaign running in Spain, with Orangina Schweppes. Spainwas the first [TV market] in Europe, which is interesting. The proposition is very simple –they’ve got a famous Spanish band playing for them and everyone can download [the song], so that’s not complex. France won’t be long – in fact, we’re having conversations all over the place. In my 20 years in media, I’ve never experienced anything like this. In France it’s 12m plus users, and in the UK it’s 10m plus.

What percentage of overall revenues is Shazam for TV bringing in?

>It’s really difficult to say. But clearly the investment in bringing me on board for Europe would suggest that the US has been a success.

Where are you looking to expand in Europe?

> My strategy will be draw the service out to all the countries in Europe, whether it’s opening an office [here]and actually having satellite offices in certain cities – Madrid, Paris, Berlin, or by partnering with a third party. It depends on the size of the market, because there comes a point where we need to sign a certain amount of campaigns per month to make an office work. Seven weeks in, I’m beginning to formulate a plan, but there’s still a lot for me to work out strategy-wise.

You Shazam-enabled the Super Bowl on TV. Could you see a similar strategy in the UK?

> Something like that could happen. At the moment it’s open. I think for the UK it’s slightly different because of the BBC, we’re in a different world. So, is it the right strategy to partner with the one commercial channel? Potentially.

How will you persuade UK users to engage with the service?

> I think we’re not going to have a Super Bowl kind of moment here. Super Bowl was at the end of a 14-month run of Shazam-enabled content on TV, so Americans were much more used to seeing the Shazam logo on screen. Here, if you just have one chance to tag like in Super Bowl, you’re probably going to miss it. By the time you’ve seen it, it’s gone. For us here, the campaigns that we’re probably going to work with will be content-focused, whether something X-Factor or any of the Channel Five programmes like Home and Away, anything with a young audience. That could work really well as a four to eight week campaign. That’s how it’s going to start.