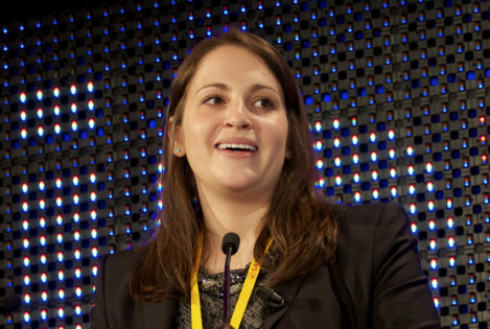 PR stunt or not, Nike and Casey Niestat had our collective attention approximately three weeks ago when the story broke that a film-maker had gone rogue. According to the tale, Niestat took an entire budget from Nike and instead of producing a spot, spent it on a 10-day trip around the world with his buddy Max. The trip garnered enough footage for ten feature films, which the duo cut into a short film based on the brand positioning for the Nike Fuel Band gadget, named “Make It Count”.

5 million YouTube views later, with countless coverage by news and advertising industry outlets, Nike and Niestat are quiet on the story behind the story. Clearly the stunt drove the viral nature of the film, which is interesting in its own right, but slowed once the buzz subsided.

I don’t have additional insight on the relationship between Nike and Niestat, but clearly they’ve been working on a handful of projects over the past few years – the earliest evidence I can find is from November 2010, a video called “Mind Games”.  This short film is a noble effort from Niestat on telling the daily struggles of a runner (or any athlete for that matter), fighting the mental battle of self-negotiation through every consideration of a run, dream of hitting the snooze button and exertion of energy in a workout. “Mind Games” also puts the message ahead of the brand, and it resonated with me. It inspired me to recommit to my running routine and eventually, I’m not ashamed to admit it, buy more of the Nike workout gear I love for running. The film garnered under 20,000 views on YouTube.

Whether or not Niestat took the swoosh-embossed suitcase full of cash and headed straight to the airport, there is an interesting debate as to whether the film was even about the brand, just a self-indulgent trip around the world or true entertainment. The fact is that Niestat has been working with Nike over the past two years. My instincts tell me the brand was informed that he might go off reservation and they were willing to experiment, or he felt like he had enough equity in the relationship to take a big risk. Niestat knows the Nike brand well enough to produce compelling content for their target audience. He also learned about the product in focus for this video at a recent Nike influencer event, which he also filmed.

Brand funding has always dictated content creative, and in this case, Niestat was seen as breaking the rules to communicate his take on ‘make it count’. Entertaining content that seeds the brand intelligently, but often not as the main character, is effective. While the content could have been more fine tuned into a true ‘brand story’ that could only be Nike, it still managed to break out of the mould commercial film-directors are often forced to fit into.

For best-in-class branded content, the work needs to pull from the strengths of the brand and the content-maker alike: a collaborative approach to production. Niestat knew the brand, knew the product and understood the brand values. Nike gave him the freedom to manifest that understanding with content that really does remind us to make everyday count. Finding balance means then shifting back into the marketer mindset to determine how to use this custom video via content extensions, media distribution strategy, social media, etc. And if Niestat didn’t have to produce this under the guise of a rule-breaker, maybe we would have seen a series of what it means in each country he visited to ‘make it count’.

A longer series would have been feasible to cut from the amount of footage Niestat created and Nike could have crafted a distribution plan around where and when to seed content, knowing how to promote this content within their existing audience of Facebook fans, brick and mortar stores and other highly visible outlets.

So what did we learn?

– Build content that is authentic to the brand: Producers need to understand the brand’s objectives, build content to serve the story of the brand and the goals of undertaking a content initiative

– Remember to entertain your audience: Brands need to prioritise the interest of the audience, and let producers help guide them to serve those interests

– Team & collaborate: Both producers and brands need to lean on one another to serve the brand ambitions and the entertainment quality of the programme, finding a balance that can only be achieved through proper collaboration

Following these rules, no-one will need to take the money and run. Make branded content count.

Abigail Marks is associate director of OgilvyEntertainment, the branded entertainment arm of Ogilvy & Mather, with whom MIPTV has been working on brand-focused panels since 2007 (find all of 2012’s panels here). This is the first of a series of monthly posts, which will also be appearing on TWEED, OgilvyEntertainment’s blog. Welcome, Abby!