Stars come out to play at the Opening Cocktail & International Digital Emmy Awards.
By Stuart Dredge on April 1, 2012 0 Comments

Tonight’s event also saw the announcement of the winners of this year’s International Digital Emmy Awards, from the International Academy of Television Arts and Sciences: 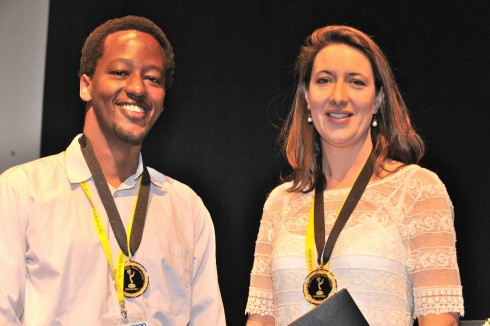 Daniel Muli and Bridget Deacon from Well Told Story, creators of Shujaaz FM, won the first Digital Emmy Award for Kenya by triumphing in the Children & Young People category. It’s a multimedia project that aims to inspire people to improve their lives. 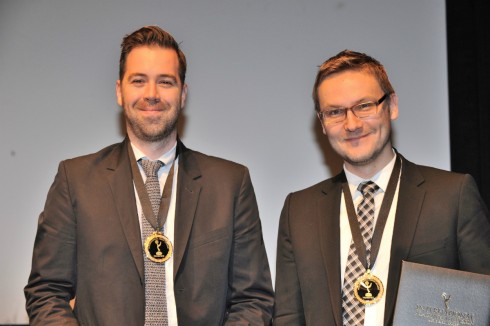 James Milward and Chris Harris collected the Fiction category award for Endgame Interactive, a transmedia project around the Showcase TV drama Endgame. It was a collaboration between Secret Location, Shaw Media and Thunderbird Films. 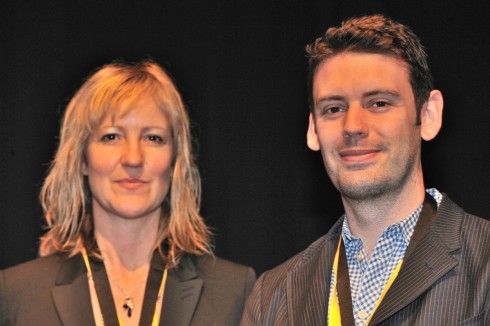 Steph Harris and Dan Jones won the Non-Fiction category for their work at Maverick Television on Live from The Clinic. Viewers of the Channel 4 series could apply through its website to be seen live over their webcams by the show’s doctors and medical specialists.

“This year’s winners have masterfully woven social media into the fabric of their programs, ” says Bruce L. Paisner, president & CEO of The International Academy of Television Arts & Sciences. “We congratulate them on their boundary-breaking.”