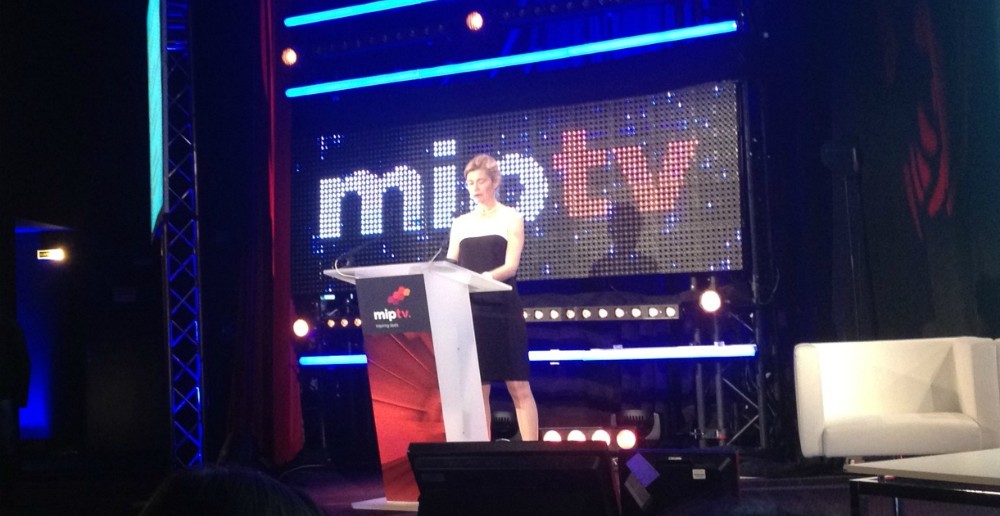 Virginia Mouseler on why The Voice, Berlin Day & Night, The River and other shows are buzzing online.
By Stuart Dredge on April 3, 2012 0 Comments

When it comes to social media and television, there’s a real hunger for data among broadcasters and producers. And data is exactly what The WIT CEO Virginia Mouseler served up this morning in a MIPTV session on ‘The Top TV Shows in Social Media’.

The WIT tracks nearly 60,000 shows in its database, with 650 new ones being added every month. Its Witspotter service offers social TV analytics, tracking the buzz around TV shows.

Mouseler started by talking about the two breakout shows in terms of Facebook buzz in recent months. The first is Berlin Day & Night, a German scripted reality soap, which became the most-liked (in Facebook terms) in Germany in its first season. “It’s the most talked-about new TV show worldwide,” she explained.

The second is French comedy Bref, which is the second most talked-about new TV show worldwide according to The Wit’s data. It’s also the third most-liked show on Facebook in France. “If you look at the rankings worldwide, the first new show in the US is far behind,” she said.

Second: “You have to be soapy to be popular,” said Mouseler, pointing out that long-running shows create loyal fans. Third: “You have to engage to be popular. Reality shows with viewer participation trigger a lot of Facebook popularity.” American Idol, X Factor and Big Brother being prominent examples.

So Twitter is more for giving live reactions to non-scripted shows, while Facebook is more about engagement with scripted TV.

She moved on to the most anticipated new shows on Facebook in the last three months: ABC’s The River in the US, Channel 2’s The Voice in Israel and TV3’s Tallafornia in Ireland – although these results were weighted by the populations of their respective countries.

On Twitter, the most anticipated new shows – judged by most followers before launch – were BBC1’s The Voice in the UK, Fox’s Alcatraz in the US and NBC’s Smash, also in the US. But even The Voice only had 24,885 followers before it premiered – not that many really.

She noted that ABC’s Work It show only tweeted twice in the week after it launched, although the show was cancelled after two weeks – “They were not convinced by the potential of the show, or the potential of Twitter,” said Mouseler.

In the UK, the most commented shows across Facebook and Twitter in the first quarter of 2012 were The Voice UK, Titanic and Stargazing Live: Back to Earth. In the US, it was GCB, The River and Fashion Star.