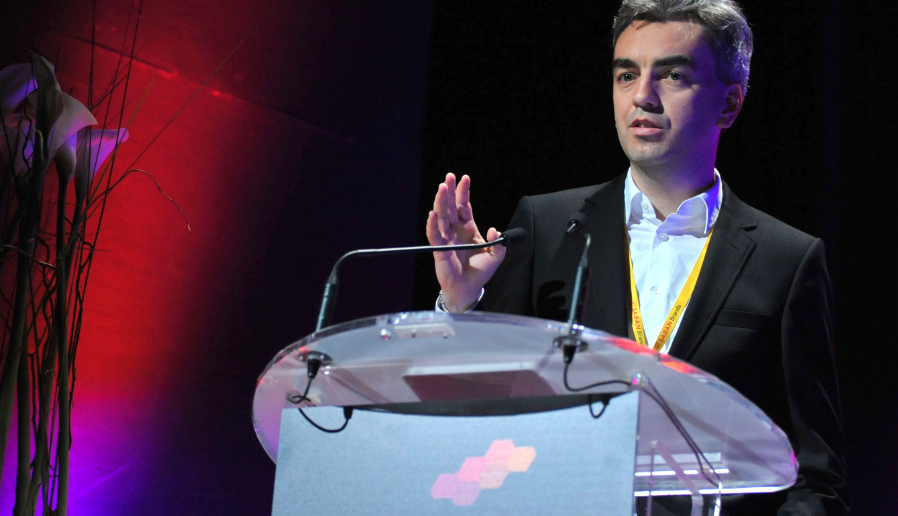 As part of today's focus on 3D, the producer of Wim Wenders' much-praised three-dimensional film shared his passion.
By Angela Natividad on April 3, 2012 0 Comments

As part of today’s focus on 3D, Erwin Schmidt of Neue Road Movies imparted his feelings on the medium, industry interest in which hit its peak “two years ago,” he surmised.

“It is not really the hot ticket anymore but I think there is a huge potential to be explored, and we as a company have worked in this field and we have experimented and we have tried to explore this potential. We took risks both financially and creatively,” Schmidt said.

A real breakthrough in 3D and television must be accompanied by changes in the industry. Platforms must be decided upon and standardised; otherwise, 3D will have trouble advancing to its full potential, he said.

It is also important that users have a clear definition of what 3D is. “First of all it’s the endeavour of getting depth out of two overlaying images. It’s a visual language, one that, according to our conviction, is still in its formation. Only a couple of words and a little bit of the grammar has been discovered, not more,” he said.

Secondly, “it’s a tool to change how we see and perceive an image. It has not only depth compared to 2D, but an emotional depth that can be explored.”

In collaboration with Arte, Schmidt is producing a series called Cathedrals of Culture, “an invitation to a spectacular and emotional journey in 3D and obviously in 2D.” In the trailer he shared – enjoyed with 3D glasses by all present – we follow a slow-moving camera as it enters a room and circles around a woman, who senses a presence she can’t see. A softly-spoken narration slowly reveals that the viewer is watching from the perspective of the building.

“If buildings could talk, what would they say…?” said Schmidt. This is what the series, directed by ten world-renowned filmmakers, seeks to explore.

“We are proud to have Arte on board since they were enthusiastic from the very beginning,” said Schmidt. Wim Wenders serves as executive producer.

Wenders is also partnering with Schmidt for a second film called Everything Will Be Fine. “We are again stepping on totally new ground, as [we did]with Pina (above). With this film, we are going to show actors as they have not yet been seen and we are going to apply all our knowledge and experience in order to bring a new visual experience of the screen.”

Despite his clear passion for the medium, Schmidt isn’t a believer in replacing all current entertainment with 3D. “My opinion is that 3D will be an addition to, and not a replacement for 2D,” he said.

Nonetheless, he believes it is time to push 3D further to fully realise its potential. “Television is ready for 3D, and 3D is ready for television. And we are still in the very beginning of this development, using 3D to look into another world.”