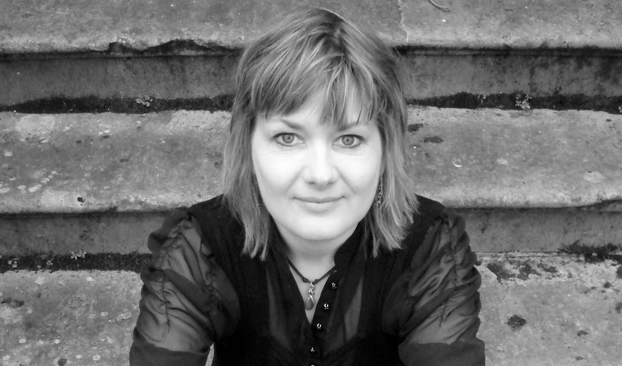 Nicola Lees: How to Join the Crowdfunding Revolution

For the founder of production advice site TVMole.com, "a revolution is well underway in the world of documentary funding." Here's how to join it!
By Nicola Lees on March 15, 2012 0 Comments

As new crowdfunding initiatives continue to pop up at the TV markets, it seems that a revolution is well underway in the world of documentary funding. MIPDoc’s partnership with IndieGoGo – The MIPDoc International Pitch – follows the launch of Hot Docs’ Doc Ignite crowdfunding platform, which aims to crowdfund five projects over the course of a year. And Sheffield Doc/Fest has run a crowdfunding pitch since 2010, in which a pre-selected shortlist of documentary filmmakers take part in a competitive live pitch for a pot of money pledged by delegates.

Every entrant into these crowdfunding initiatives benefits from having the marketing might of a big international festival behind them and they, in turn, provide the organisers with an entertaining and interactive session, with all the human drama and jeopardy a good producer could wish for.

However, crowdfunding out there ‘in the wild’ is a much lonelier proposition and the rules of engagement are different.

Firstly, you are not pitching to industry insiders so you must make your project appealing to people who are (believe it or not) harder to engage than commissioning editors. Potential crowdfunders can dismiss your pitch with a single click of their mouse; they don’t need to maintain a veneer of civility because you are old colleagues, or because they might find themselves working with you in the future. The crowdfunder has no TV career to protect and no loyalty to you. However, if you can persuade them to linger long enough to donate even a small amount, it is possible to raise as much as a TV commissioner might be willing give you – and in a much shorter space of time.

It typically takes 47 days (the optimum length of a campaign) to raise a substantial amount of money and the crowdfunders have no editorial control over your film. Compare that with the months, if not years, that it can take to fund a film from more traditional sources.

Angry Video Game Nerd: The Movie (above) a B-movie style comedy/adventure based on a popular online video game review show, Angry Video Game Nerd, is about to start production after raising $325,927 from 6791 funders on IndieGoGo (the original goal was $75,000). But sobering research has found that 65% of crowdfunding campaigns fail to raise even a single dollar.

So what do you need to do to successfully pitch your project to the general public? There are three must-have elements:

1. A subject with an existing fan base. Angry Video Game Nerd had been online for seven years, had 700,000 YouTube subscribers and was attracting 30 million hits per month. The producers of Wish Me Away, a documentary about the first openly gay country music star in the USA, raised more than $22,000 in a couple of weeks simply by emailing fans and asking them to donate. The sooner you can start building a following for you and/or your project, the better.

2. A willingness to engage with your potential audience before you start production. Filmmakers often fall foul of the assumption that if they post their project online the magic of the internet will do the rest. It won’t. Plan your campaign with military precision: send emails to key bloggers, upload new content and add extra perks throughout the campaign to keep up the momentum. And don’t forget to integrate your efforts into all your normal social media activity.

3. A personal pitch and trailer. TV commissioners buy from people they like, and that’s just as true for crowdfunders. They want to see you, the person behind the project, your passion for your subject and to understand why – through a combination of compelling copy, a persuasive trailer and unique perks – they should pledge a donation. This often means that you have to get in front of the camera – as James Rolfe, the Video Nerd does – and inject some emotion and personality into your written pitch. Visit the highest funded projects on the crowdfunding site of your choice to see what is most effective.

With those key elements in place you should be set for a successful campaign. But what happens if you do everything you can, and yet no one donates? You need to think again: if there’s no one willing to donate there may be no one who wants to watch your film, and that doesn’t bode well for your distribution plan. If, however, you can raise a reasonable amount via crowdfunding, it provides some proof that there is a demand for your project, which in turn makes it more attractive to other funding partners and may just get you a foot in the door at one of the big markets.

Nicola Lees is the founder of TVMole.com, a resource to help originate, research, write and successfully pitch ideas to broadcast, digital or cable TV channels; and author of Give Me the Money and I’ll Shoot! Finance Your Factual Film / TV Project. You can follow her on Twitter here.

MIPDoc and MIPTV will be all about producers & crowdfunding:

– The MIPDoc International Pitch, coorganised with IndieGoGo, will see a winning project picked via the crowdfunding platform, from these finalists

– MIPTV will roll out the red carpet for producers, with a special business zone & conference programme; opportunities to meet the world’s top buyers; and a super-low special rate for first timers. More information here!