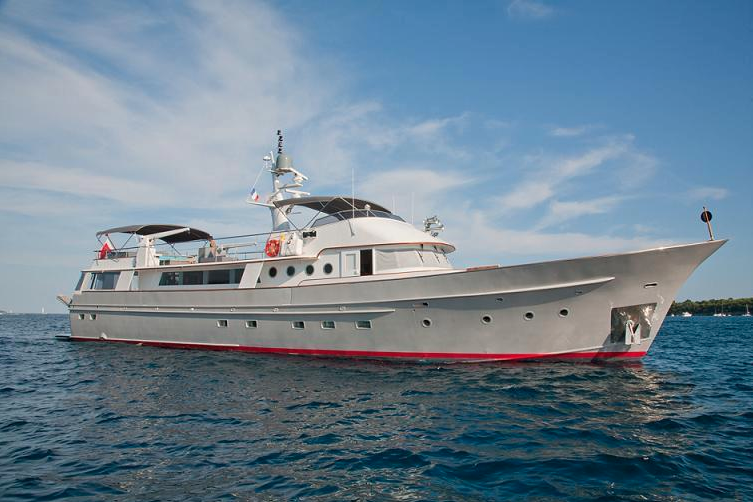 Why the time is right for TV Hack Day, by MIPCube media partner MediaTainment Finance's editor
By James Martin on March 28, 2012 0 Comments

Bosses in the entertainment and media creative sectors have spent the past five years figuring out how to tune out the old and log in to a new world now dominated by technology developments.

As demonstrated in the music business and, increasingly, in the film and TV industries, creative folk and technocrats have been at loggerheads as the former accuse the latter of directly or unwittingly abetting pirates who steal copyrighted works online for commercial gain. But on a yacht by the sunny Riviera coastal city of Cannes on 30-31 March, a MIPCube event called TV Hack Day aims to dispel any notions of a clash between what has tiringly been called ‘old media’ and ‘new media’.

During those 48 hours, a privileged few with expertise in technology will be invited to a mini universe on the WiFi-enveloped yacht to create new technology devices that could disrupt and rearrange the way we consume TV. In an example of bonding at speed-dating swiftness, individuals from different countries will form small groups and compete to develop the working prototype of a new digital game, interactive toy, video player, or a virtual world occupied by avatars.

Their different skills will include the coding, the designing, the marketing, the commercialisation, the on-screen visuals, the mobile and social-media applications for the new creation. They will collaborate at a feverish pace and develop a mobile app that could enable old TV as we know it leap into a future of still unknown possibilities. The resulting apps could be in the form of widgets, websites, microblogs, video-sharing networks or connected TV. TV viewers should be able to use the apps to interact with on-screen shows, educational programmes, news communications, any type of video entertainment.

MIPCube’s TV Hack Day (thought to be the first for TV broadcasting) on the sea could unearth solutions to the second-screen syndrome (who has not seen friends or relatives watching TV while using their mobile handsets, laptops, iPad tablets), location-based viewing and social-TV trends that are increasingly allowing consumers to reshuffle and reshape the old linear ways of TV viewing.

The TV Hack Day contestants might even exceed themselves and come up with third-screen concepts and hypotheses that the already hard-working TV executives have no time to even visualise.

After the participants complete their assignments, they will present their ‘inventions’ to an audience of their peers before a panel of high-profile judges selects the best with innovation, inspiration, insight and, possibly, an element of wit. On 1 April, the winner’s prototype will be rewarded with a demonstration at the MIPCube Supersession, presented to the 11,000-plus TV-industry delegates attending MIPCube’s sister event MIPTV.

But the organisers of MIPCube are not the only supporters of old media and entertainment effectively investing in Hack Days, or hackathons as they are sometimes called.

As observed by Ben Fields, the data analysis engineer at Musicmetric, the London-based start-up that measures the performance of music artists in the social-mediasphere, newspaper groups (media do not get older than newspapers) like The Guardian and The New York Times are some of the biggest hack-day organisers. Fields, a hack day regular, also points out that even the 80-year-old public broadcaster BBC, arguably the world’s first TV network, has hosted hack days.

Last year, the Royal Opera House and ad agency Wieden + Kennedy put on a Culture Hack Day in London. In addition to Hack for Culture at Liverpool’s John Moore’s University and Culture Code Hack in Newcastle in the UK this month, there have been culture hack days at the festivals held in Scotland. There was a Movie Hack Day in Berlin last June. And let’s not forget the numerous Music Hack Days organised around the world.

Why? Thanks to digital technology via the internet, the creative works produced by these traditional institutions yield billions of information in the form of data. The companies and organisations are more than happy to share them with the brilliant technology minds able to create software that might make their businesses more appealing to today’s Digital Millennials and future generations.

Inevitably, the media-and-technology giants of today, including Google, Yahoo!, Foursquare, pioneering online publisher TechCrunch (now a subsidiary of comparatively old media AOL) and Facebook organise their own hackathons to stay ahead of their future nemesis. Aspiring technology geeks travel around the world to participate in hackathons with the same zeal of marathon runners for prizes that can be as much as US$1m in total and the attention of venture-capital investors loaded with funds.

The outcome of all these activities can be exhilarating. GroupMe, the mobile group messaging app conceived at TechCrunch’s Disrupt 2010 hack day, was sold to Skype for US$80m last year. The now ubiquitous ‘Like’ on Facebook was developed in-house during a hackathon. At Canada’s CanSecWest conference recently, Google applied some reverse psychology and gave a $60,000 prize to the first person to break into the coding of its meant-to-be-invincible Chrome browser. And shedloads of the 25 billion apps downloaded via Apple’s App Store alone first saw the light of day at a hackathon.

Even EMI Music, one of the four multinational music labels that have been sceptical about the immediate benefits of digital technology, has launched OpenEMI. This initiative makes some of EMI’s most precious data, the music recordings they have invested in, available to apps developers who need licensed music to create new forms of mobile entertainment. EMI has also joined forces with MUSIC techpitch4.5@EMI, a contest organised by London-based networking events specialist 2Pears, which invites music-tech start-ups to pitch their business to big names in the music industry, investment community and telecommunications sector.

What’s old? What’s new? Technology has no value without creative content. Symbiosis on a yacht in Cannes will prove that.

MediaTainment Finance (MTF) is a newsletter conceived for creative industry decision-makers. Edited by accomplished journalist, author and consultant Juliana Koranteng, it provides a super-handy review of the world’s top deals across TV, music, advertising and more, plus world-class in-depth features and interviews.

MIPCube is proud to count MediaTainment Finance as a media partner. More here; and follow Juliana on Twitter here.