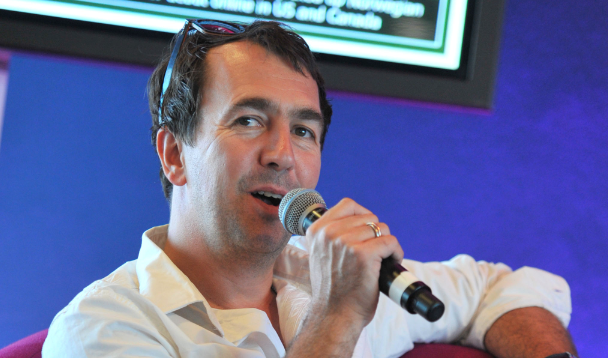 Jesse Cleverly: What if YouTube was the future for TV producers?

Welcoming Connective Media's CEO to MIPBlog! Here, he wonders whether digital channels could be content makers' saviours...
By Jesse Cleverly on January 18, 2012 5 Comments

As another year begins and media workers look out at not just the year ahead, but the future in a more general sense, we cannot but help ask ourselves  – where does my future lie? In many ways we have always had versions of these questions – “will my show get picked up?”, “will I rise up the corporate ladder?”, “will I get enough freelance work?”…

Now however, with the imminent ubiquity of internet enabled televisions and the announcement by YouTube that it is funding 100 channels as an advance against future advertising revenues (the mere mention of investment recouping ad revenue and YouTube in the same sentence should alert us to seismic changes ahead), it seems that the question of where one’s future lies is much more fundamental.

A broadcast channel we all understand. It is a largely one-way communication channel, with general appeal within a wide demographic group,  for which content is commissioned in order to make as many advertising messages as possible palatable to a largely anonymous, territory specific, mass audience. This is a reasonably straightforward (and, until recently, stable) world with clearly defined areas of operation and expertise which divide roughly between creative/production, sales, broadcast and the financial engine which drives them all: advertising.

A digital channel (and for the sake of argument let’s use a YouTube channel as our template) may look superficially the same – i.e. it delivers video content to audiences -but any deeper and the similarities are soon dwarfed by the differences:

1. A YouTube channel is not a one way piece of communication – it is the crucible for a conversation between creators and the individual members of the communities they curate. YouTube, like Facebook, is an epicentre for social media and some of those who were recently granted YouTube channel funding told me that it was their commitment to the social side of their proposed channels, as much as their ability to produce good content, which won the day.

2. A YouTube channel is likely to be talking to a global niche of some sort, and as such will be more much narrower in its focus and appeal, but much broader in its potential global reach. A YouTube channel is often what people in television would call a show, and it is the way that these mono-brand channels are networked together via partnerships which creates the tipping point, rather than the sheer size of the media monolith standing proudly alone.

3. Alongside quality, it is “the algorithm” – the machine code which directs users towards content, and the various techniques and practices which “game the algorithm” – aka SEO, or search engine optimisation – which push you up the search rankings and puts you in front of more people more often as a result.

4. The roles within these channels are not clearly defined – ask someone running a YouTube channel if they are a producer or a social marketer, a distributor or an advertising sales executive,  a producer or an account manager and they are likely to tell you it depends which time of day it is and what needs doing.

5) Finally there is the big question: money. Are we notoriously “swapping TV dollars for internet dimes”, or will the early examples of self-funding YouTube channels, many of whom seem to be almost accidentally making money from their backroom-based passion projects, become a more bankable norm? In other words – will audiovisual media remain a lucrative career choice or will it follow novel writing and journalism into the realms of a cottage industry in which the vast majority of practitioners also need a mortgage paying day job?

So – I return to the media professional surveying the year ahead and wondering if jumping ship from the TV supertanker to the digital fishing boats will ensure their place in the media ecosystem of the future, or if such a move will see them simply swept away by the next technological or economic storm that recent history tells us is surely on its way.

Can history teach us something here? When the first satellites launched, there were limited slots on the transponder available, but the companies who bought those slots now rule American television – ESPN, MTV, CNN… the list goes on.

Will the same be true of YouTube Channels? Will it be those who are first movers into the space who will inherit the world? Or will the availability of endless slots mean that we are in a constantly shifting global meritocracy on line, while television remains the home of proven talent?

If it’s any comfort, next week in New York, I will be leading a conversation between extremely senior players in the kids’ and youth space discussing various opinions about what a channel will be in the future. And if they remain uncertain, you can be excused too!

For further reading, check out this excellent feature by Wired magazine, on how numerous US comedians are now living on YouTube alone. Tay Zonday, for example, makes up to $72,000 per year from the website, thanks to multi-million view videos like this: