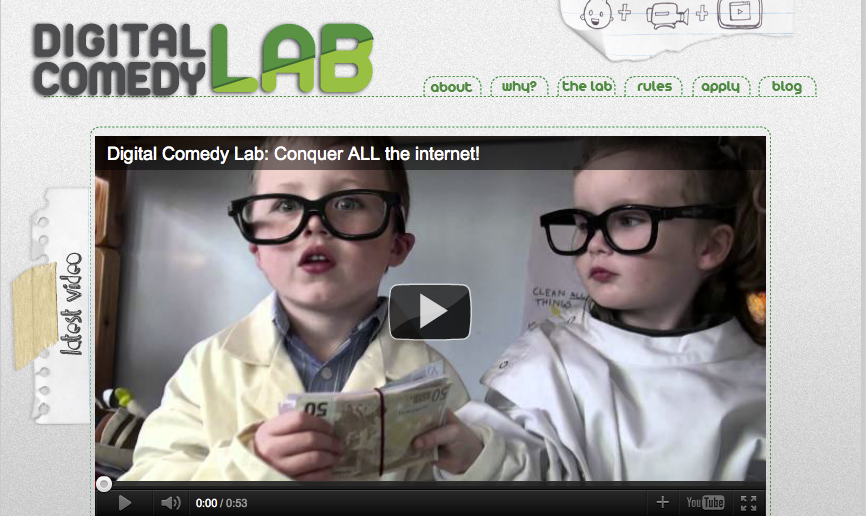 Nuno Bernardo: How to use Transmedia to develop a Comedy project

The creator of the recently-launched development & production fund Digital Comedy Lab explains how to use transmedia strategies to develop and market a comedy show
By Nuno Bernardo on December 22, 2011 2 Comments

Comedy on the internet is obviously very popular. It is entertaining for the viewer and just a three-minute laugh can engage the audience in a very simple way. It is also accessible anywhere on YouTube or other social media services, and if you want to laugh at something you can access humorous material quite easily. Comedy tops the YouTube charts, whether it’s a talking dog, a laughing baby or someone having a domestic accident.

You will notice that most of this comedy is not character-driven; rather, it is sketch-driven and therefore you don’t have to connect with the characters in order to be amused. Most of these so called viral videos are one-offs. Like the 80s’ one-hit wonders, they achieve huge success with their first single but are not able to repeat that initial success and sustain a continuous audience.

This is one of the reasons that sitcom writers and creators develop strong character-based stories. Audiences connect with characters, even in comedy. As with drama-based stories, it is crucial that the audience has an empathetic connection with the characters. But the level of engagement with the majority of comedy content available on the internet is actually quite ephemeral and once consumed, people will move on from it. The point is that this transitory engagement makes it quite difficult for a comedy-based product to connect with an audience using transmedia.

If a story is not character-driven or doesn’t have a strong brand or unique proposition, it won’t have the legs to grow. If it doesn’t grow, it will run out of steam and the audience will abandon it. The trick to comedy is to have central, three-dimensional characters (such as Seinfeld, The Simpsons or The Office). Comedy can be easy to produce over a short period of time. However, the key thing to remember is that the successful comedy genre will follow the rules of drama by creating strong characters while also developing their story-world.

In the internet and social media jungle, no audience is guaranteed as you need to fight for, attract, engage, pull, and draw audiences in through a dense tangle of distractions – and do that every day to make audiences come back to check for the new episode you just released. The good news is you can create reasons for them to come to you, and strong characters are one of the best ways to ensure audiences come back. In a world dominated by social media interaction, audiences love to connect with characters – even if they are not real – and causes. Comedy, if it uses this approach, can be as effective as drama at creating audience loyalty.

Since transmedia offers you a chance to capture a global audience, you will want to ensure your comedy approach is relevant to viewers anywhere in the world. Comedy tends to be very local, so if your target is the international market you will need to study and test how your local jokes and comedy-based situations will translate to other territories. Of course physical comedy is universal. And, worst case scenario, you can always use a fart joke!

Also, don’t limit your presence to internet or social media networks. Other media could be very suitable for releasing comedy content on a periodic base and keeping an ongoing connection between your characters and the audience. For example, a radio segment is the perfect fit for a comedy project. While in the car in the morning, between the traffic and the weather news, a 2 to 5 minute comedy piece can provide your comedy show with a boost and get new audiences. Magazine columns and live events are other ways to test new material and increase your fan base.

If done right, comedy could be a killer transmedia format. To share our expertise with the community of transmedia writers and creators, beActive just launched its Digital Comedy Lab (photo). We are providing two grants of €50,000 plus training and a distribution platform. Our goal is to partner with very funny talent and bring our expertise and funding together to create killer comedy projects that are more than just a talking dog or a dancing cat; something that can be established as a franchise and work in different territories and platforms and reach a sustainable global audience.

Nuno Bernardo is the co-founder and CEO of transmedia production company beActive. He is also the author of a book, The Producer’s Guide to Transmedia. Find him on Twitter and Facebook.