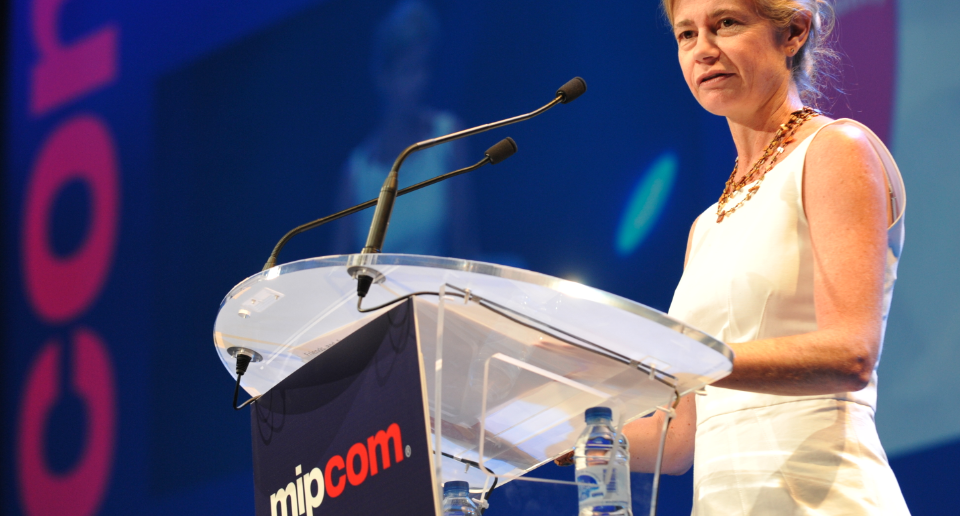 Liveblog: Fresh TV Around the World

Virginia Mouseler, CEO of  The Wit, gave her regular MIP overview of the world’s hottest TV formats to a packed auditorium today. The themes? Action, tests of tolerance and kindness, sex… and occasional small glimpses of love.

Some picks from the session:

Ransom, Pulso/Aftershare TV, Spain. A contestant is “kidnapped” and vanishes for 4 days without telling anyone. With €200,000 and a backpack, he spends this time undergoing various missions and can contact one relative to help solve different problems. Every time he fails or needs help, he loses money. Reactions of his family and friends are followed on a spy cam.

Igra, Sweetport Investments, Russia. 2 teams live in a warehouse and compete in a computer game. Their “avatars” are real celebrities who carry out their orders. The objective of the game is to “remain human” while being incentivised to endanger your star’s life.

Go Back to Where You Came From, SBC Content Sales, Australia. 6 Australians with different views on immigration must live the life of refugees, undertaking the journey of various refugee groups without money, technology or passports. After 25 days they meet to share views.

Love in the Wild, Endemol, US. 10 single men and women live together in a remote jungle and pair up in challenges while seeing if attractions will form. After each adventure, winning couples share a night in a lavish bungalow. Every week, each couple is interviewed to see if they still want each other. Rejected singles are sent home until one couple, the finders of love, remains.

Babes on the Bus, Nordic World. Norway. A busfull of 20 single city girls who dream of country living visit 11 towns to meet bachelors and try life and love in small villages. At the end of each episode, each woman must choose to stay in the village with her bachelor or to get on the bus and drive to another village.

Family Meeting, Reservoir Prod., France. Disunited family members try reuniting by going through three key stages in a live talk show. They provide their version of the problem, people with similar problems give advice, and finally they face each other.

Whose Closet Is It Anyway?, Keshet Formats. Israel. Three women trade closets and must deal with each other’s wardrobes for several days. Their whole look changes while they go about their usual routine. At the end of a week, they discover whose closet they had and choose the best-dressed woman of the three.

The Renovators, Shine Int’l. Australia. Pro and amateur renovators compete in renovation challenges below three expert judges. Eliminations happen weekly. Best teams get to transform six houses and put their renovated properties up for auction. The winner is crowned best renovator and gets part of the auction price.

Speed Dancing, Sparks Network. France. Dating show where singletons meet on the dance floor. After training with a coach, they gather at a party. Newly-formed couples will share a dinner at a gourmet restaurant.

Fristet, Banijay. Norway. 10 contestants in a luxury villa take on challenges that test their ethics and morals. Each day they deal with temptations that force them to choose between themselves or the team. One person is voted out per week. Winner will have been best at balancing good and evil.

The Villa, FremantleMedia, Netherlands. 4 boys and girls seeking love live together in luxury villa. A computer full of intimate details about contestants has pre-determined best matches. They get to know each other, party, do local tasks, make confessions. At end of vacation, they discover who they were matched with.

Crunch, Viacom18 Media, India. 20 contestants live in 10 rooms whose walls are slowly beginning to close in on them. They must survive the “crunch” by performing tasks. Rooms can be eliminated twice a week. They can also interact with other “inmates” of the house via live chat.

The Pain Game, Talpa Distribution, Netherlands. 3 teams must answer questions with guesstimates: if they answer wrong, they must do something dirty, scary or painful to stay in game. (Playing ball with a cactus, licking the armpits of a dirty old man clean, having an eyebrow waxed off.) If the punishment is refused, the team is replaced.

Involucion, Zodiak Rights, Spain. 3 celebrities do crazy tasks and games to win cash for a charity. In the finale, the winner must beat a chimp called Darwin at “rock paper scissors.”

Epic Win, BBC Worldwide, UK. Contestants show off bizarre skills to a panel of comedians. Each judge attributes a secret cash value to the talent. Contestants then must guess how much the panel thinks their talent is worth. If correct, they get the total. If underestimated, they get what they guessed. If overestimated, they walk.

Don’t Stop Me Now, FremantleMedia, UK. An “instant talent show” where wannabes are given 100 seconds to show what they’ve got. Audiences can either choose to reward them instantly or have them flung through a faux brick wall.