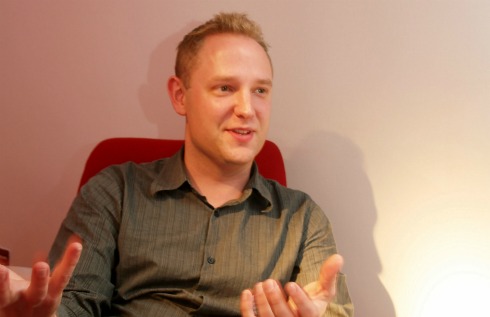 For consultant Holmwood, retaining viewers' attention as they browse their smartphones during ad breaks could be TV's biggest challenge...
By James Martin on September 13, 2011 1 Comment

Right now, nestling in my trouser pocket, I’ve got the most interesting thing in the world. A third of American adults already have smartphones, and half of British mobile subscribers will be using them in 2012. Worldwide, we’ll see billions of people buy smartphones and tablets in the next few years. Billions. All of them one touchscreen away from every piece of information, every person, every game and every show they’d ever want to encounter.

I’m a bit of a geek. Always have been, and that’s been a pretty useful thing to be as we’ve entered this Brave New Connected World. But I’m starting to scare myself. My infinite access to ‘interesting content’ has crushed my attention span.

When I entered the world of work as a fresh-faced, dodgy-haired games designer 20 years ago, the only distractions I faced were the coffee machine and the 3 guys I shared an office with. Now, I’m sat here on my own with billions of pages and people at my fingertips, an awful lot of them way more interesting than ANYTHING else I’m doing.

But why should this matter to broadcasters? Well, the thing with geeks is, we spread like a virus. The things we do today tend to be those everyone’s doing tomorrow. Home computers, video games, internet, PVRs, MP3 players, iTunes, smartphones – all once the preserve of geeks but now pervading all our lives.

So, the way us geeks consume media now is pretty much the way everyone’s going to be doing it before too long. And how do geeks consume media? However we want to, that’s how. And if someone tries to tell us when, where or how we can do it, we’ll do it our way anyway. If someone wants to interrupt our viewing with adverts, we’ll have a way around it – whether it’s a PVR, a torrent or an on-demand service. I watch a lot of TV, but haven’t watched an ad in over 3 years – even when I’m watching an ad-filled show on Hulu.

How? My smartphone. It’s always there, always on, and it’s not only more interesting than the ads, it’s better than the show too – if you let it distract me for too long. My brain’s just itching for an excuse to stop watching and look at my phone instead… “Who’s that guy? What else was he in?” and I’m onto IMDB. “He’s so annoying… I bet people are slating him on Twitter,” and I’m browsing my feed. “Ooh, my friend messaged me,” and I’m gone.

The long-term future is difficult to predict –viewers will want to consume media when, where and how they want, uninterrupted by advertising and, here’s the killer, most of them are going to want to do it for free. We’ll have to monetise them in ways that seem alien today – maybe we’ll be watching ‘TV’ with embedded, targeted CGI product placement, with products and even computer-generated voices inserted into live action shows and movies as we stream them.

Advertisers will buy a number of views of their drink being served in the bar – once those views are used up another brand can take its place. Viewers will point to or just mention what they’re interested in and their TV will register their interest, for them to find out more at their leisure… either on their tablet device or the TV itself.

That’s the sci-fi bit, but what about now? If I’m shown an ad, chances are I’ll look away and at my smartphone. The key is going to be either getting my eyes back to the TV screen, or influencing what I do when I look away. Twitter’s a fantastic tool for this, but we can go much further. If we understand what people are Tweeting about or Googling for in those commercial breaks, and provide it, to their smartphones and tablets before they start looking. That way, we can monetise them, keeping their attention rather than letting it wander. Sound exciting? Or absolutely awful. I’m veering towards the latter.

The merging of content and advertising is an inevitable consequence of digital distribution. Consumers want — and will get — great content with no ads and free, on demand access. Whether they like it when they get it is another matter altogether. Personally, the more I peer into my crystal ball, from a consumer perspective the darker the future of commercial TV looks, and the more passionate my love for the BBC, and its adorable license fee, becomes.

Harry Holmwood has founded, taken to IPO and sold several companies in the videogames and online space. Recently returned to the UK after 2 years in California as VP of Software and Licensing for a leading peripherals manufacturer, he advises companies and investors on the online and entertainment markets through his consulting group, Heldhand.