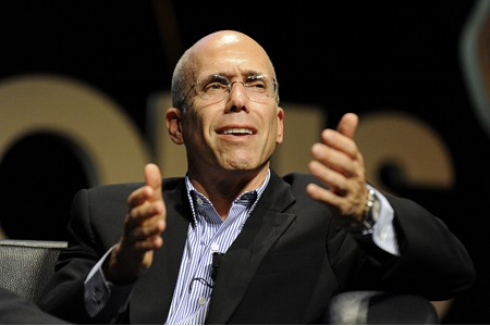 For News Corp’s EU & Asia chairman and DreamWorks’ CEO (photo), ‘traditional’ TV is back on the up
By James Martin on June 24, 2011 0 Comments

Speaking with WPP’s Sir Martin Sorrell at advertising festival Cannes Lions, two of the biggest players in the entertainment content industry commented on what Sorrell called the “rebound of traditional or free-to-air TV in 2010”, which he sees as continuing in 2011.

Said Murdoch, “mass market TV has been going through a renaissance. And it’s not been limited to free-to-air TV,” he added. “The TV business has been incredible recently, be it with the ‘Idol’ shows or series like Sons of Anarchy. And we’ve just announced a £600 million investment in UK TV production, through Sky.”

Katzenberg agreed the “renaissance” goes beyond free-to-air: “the huge diversification of cable has been blockbuster for creativity, notably through channels like HBO or Showtime. It’s a very diverse, vibrant, rich world, in which broadcasting has been redefined in terms of what people want.”

When asked if the topic diversification of TV could also be seen in film, for example with Morgan Spurlock’s latest (branded) film, Katzenberg said “there’s probably a place in the filmmaking world for very niche film. We’ve spent $150m making an animation film (Kung Fu Panda 2) and that’s a very different enterprise where we have to perform in order to succeed. News Corp had blockbuster success with films like Black Swan; so yes, there is a new diversity.”

Speaking of Asia, Katzenberg also dwelled on DreamWorks’ success in China. “Kung Fu Panda  has grossed $90m to date in China. They’re bulding 2.5 screens per day over there, so in a few years it’ll be the biggest movie marketplace in the world. That’s a fantastic opportunity. There is censorship – not of our films, fortunately – but it’s a different culture. To fill those theatres and meet that opportunity is going to take (free) expression, in TV as in cinema; and they (the Chinese state) are still not comfortable with expression. They’re better than before, but by our standards it’s still very restrictive.”

Said Murdoch, “In India, we’ve seen a revolution in TV creativity and production in the past ten years. It’s a totally different place. The tradition of free expression and enterprise has created a very different result from in a restrictive marketplace (like China). So your content has to punch in a higher weight class.