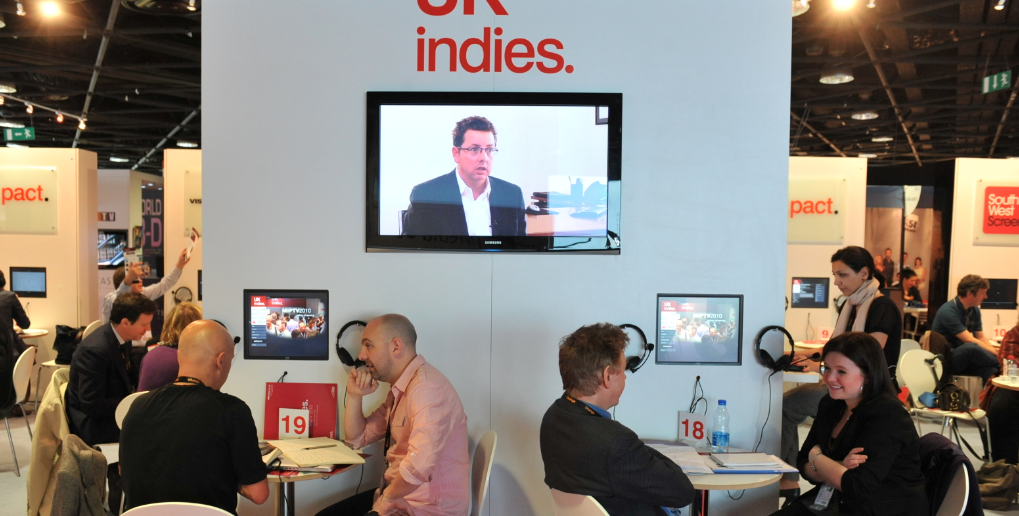 Pact, the trade association that organises the MIP presence of independent British TV firms on its UK Indies stand (photo), has revealed that last MIPTV was a “record-breaking” edition for its participants.

Offerings included traditional TV and film content, but also – and increasingly so – new media such as web-driven content, 3D and software solutions.

Pact’s Senior Policy Executive, Dawn McCarthy-Simpson, who organises the event on Pact’s behalf said: “It was records all round on the Pact UK Indies Pavilion. We are overjoyed that we’ve smashed the projected revenue, which stood at just over £18m. We always deliver between £12m and £18m so this is amazing and proves that UK content is still at the height of global demand.”

Just one example contributing to this success story was PrestoDigital, in Cannes for its first ever MIP. Creative director David Jones said: “Through the unique and invaluable assistance of PACT and UKTI, we are poised to sign a co-pro deal with one of the world’s most talented and highly respected animation houses. The timeframe we have been able to achieve this in is astonishingly short as the assistance we have been given from these UK government bodies covers logistics, legal, industry knowledge in addition to finance.”