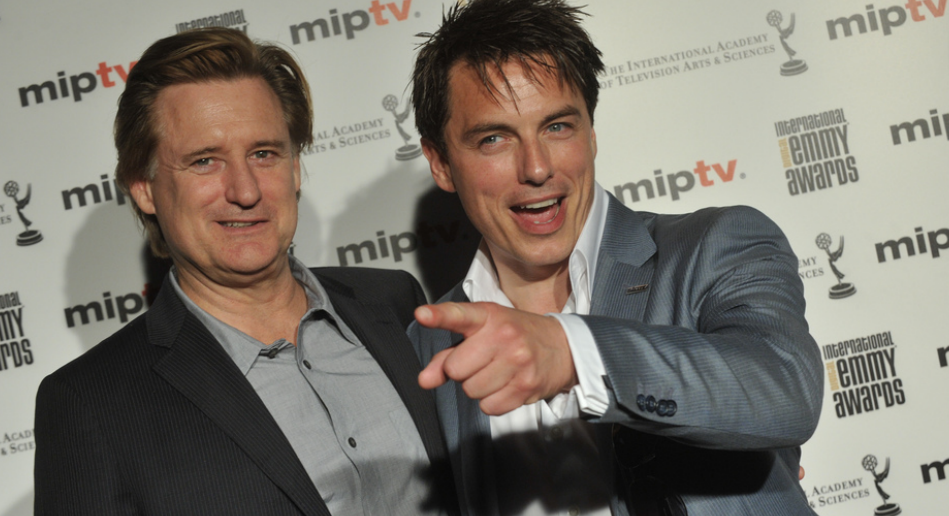 Arnold Schwarzenegger, the casts of Torchwood (photo) and Camelot... they and more besides graced MIPTV 2011 with their presence. Enjoy our interviews & photos!
By James Martin on April 18, 2011 0 Comments

MIPBlog grabbed a rare interview with the star of screen and politics, Arnold Schwarzenegger; and even got a “Hasta la vista, baby” out of him at the end! Also read our liveblog & watch full video of The Governator’s launch press conference here.

Last but by no means least, the presence of Torchwood stars John Barrowman and Bill Pullman caused a veritable riot on the Croisette thanks to the BBC sci-fi series’ ultra-keen fans, who we salute: the above video was by far the most-viewed of all our live coverage (nearly 10,000 views to date!)

As for the Opening Night red carpet ceremony, well… That post was the most-shared and viewed of our live coverage: and we suspect Torchwood fans to have had something to do with that too! Check out the video here: The same stars also presented prizes at that night’s International Digital Emmy Awards: full coverage of that is this way!