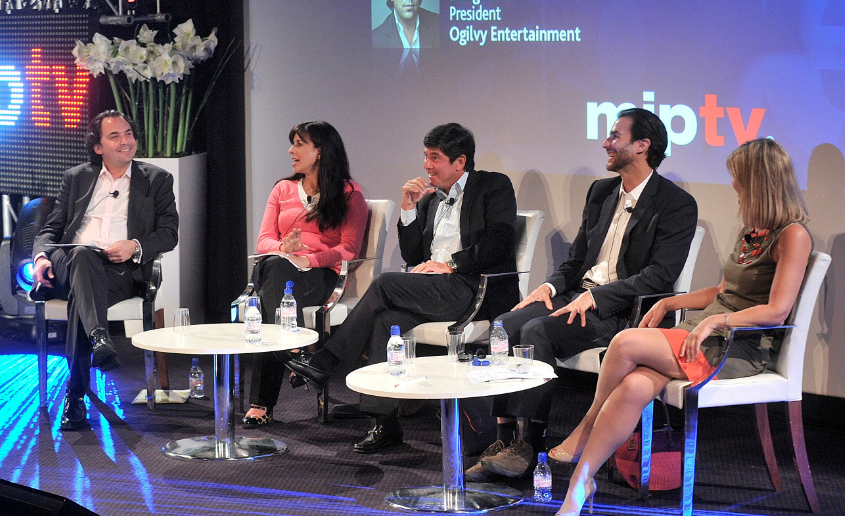 Liveblog: Ogilvy Branded Entertainment Lab: The Art of the Deal

Rickards started off on a good note, saying European regulations surrounding branded entertainment in traditional media are relaxing all the time; things are moving faster daily.

In general though, “television is still and will continue to be a place… with a lot of public service requirements,” Silverman said flatly. However, for TV to go on existing, it’s important that networks support advertisers with more openness and transparency. It is, after all, the advertisers who are willing to pay to be connected to relevant content.

And branded content producers, haunted by the ghosts of product placements past, have plenty of detractors.

Friedman lamented those who imagine branded content as merely product placement. “We like to think of ourselves as storytellers,” he said.

“I can’t think of anything more disruptive or interruptive than a commercial,” so people should really think twice before condemning more integrated brand content, Silverman defended as well.

Integrated brand content can lend more realism to a scripted scenario. And in general, Friedman has found that being flatly honest about what you need to do is the best way to serve users. “We told our young adults that everything we were doing on MTV was about selling products. We had video, thank God, paid for by someone else…”

That kind of up-front attitude is respectful, not condescending, to savvy audiences.

Things swung back to frustration over networks.

You want the network invested so that they treat [your content]the same way they treat their properties,” Silverman pointed out. “If you offer it to them for free, you end up being ‘ghettoised’ on their schedule.”

And sadly, trying to buy networks off doesn’t work. You can’t just walk in “with a big fat bag of swag,” Rickards said bluntly, “I’m not kidding.” Doing so will make them put their guards up and make your task more difficult.

“There’s somewhere in the middle that the market’s moving, and everyone wants control,” said Silverman: the media franchises, distribution, creative voices, advertising constituents. How you share control for everyone’s benefit without burning your projects remains a challenge.

Transparency and putting your cards out on the table is the best defense for this, at least for now (see the Branded Content Roadmap for more concrete advice from the legal perspective). What we can start tackling is building efficiency: the next-greatest barrier to scaling the opportunities out there.

Axe is called Lynx in the UK, but “Who Wants to Be a Millionnaire?” is the same in every market, Silverman observed dryly. We need to see that kind of consistency everywhere.

“A lot of us are working in this market because we believe in the over-the-top experience, in the 3-screen experience, and brands will have more of a role there,” Silverman concluded. They won’t have to shoehorn their stories through the siloed buying and selling system that still characterises TV.

“In a way this is the perfect model,” Friedman observed. “The basics, the foundations of this business, really do make sense if you do not mess it up.” Because you have interested parties whose interests are all served when things are done properly.