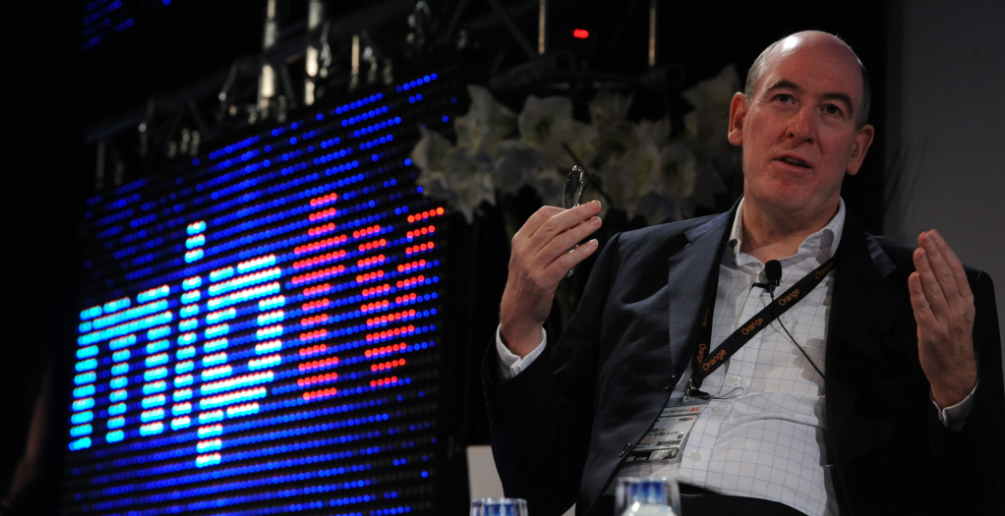 Ogilvy & Mather Worldwide CEO Miles Young began his keynote with a manifesto about people. Today they can easily talk back, making them your critics, your cynics. But they are also your contributors, and above all, they are conversationalists.

But there remain huge opportunities for brands here. Today we receive so much information that we can’t begin to digest it all. It’s paralysing. And “in a world where meaning is deficient, brands make meaning,” Young preached. The ones that best connect themselves to cultural “truths” are the strongest anchors because “they have a coherent and convincing point of view about the world”:

Beauty can be real. – Dove

The world can be smarter. – IBM

Strong points of view, like these, have superior voltage in the culture that translates directly to market share.

But in your quest to make manifestos out of sales goals, the phrase “branded entertainment” may be limiting.

“I’d rather use the term ‘branded content’ to decide what we do,” Young decided. “It much more precisely defines the needs of a contemporary brand’s ecosystem.” Not all content we consume is entertaining: documentary content, for example, whose priority is to explain.

One crucial element to producing effective brand content is to wed the story to the strategy. Gone are the days when brands could hitch a ride on the stories of others.

Content today is: multi-platform, two-way, closed-loop. Lavishing us with a photo of the social media universe spread out like the solar system, Young went on, “This is what we are producing: content to live in!”

And not all of it’s for laughing.

The way Young sees it, agencies have a responsibility to synthesize the story behind human behavior; producers are charged with taking this thread and manifesting it appropriately to the medium.

Here are examples Young provided of branded content Ogilvy has yielded for clients — material he calls “beautiful”, somewhat like a proud father.

“The Invested Life”, a series of “reality” videos following ordinary people as they work to become more money savvy … and educate one another. Produced for AmeriTrade, hosted by MSN.com as a separate lifestyle/finance segment.

“The IBM Centennial Film”, a short and very human documentary in which 8 IBM employees recount stories of the major innovations that changed the company and the world.

These examples strike a demonstrable balance between story and strategy — one that feels natural and is easy to consume for the people they are tailored to.

Which isn’t to say the work is easy; it’s much more complex than it’s ever been, in great part because lines between entertainment and information, sponsored and paid-for content, PR and advertising, and even agencies, technology and production companies, have blurred.

“Creative people have started to learn to work outside the constraints of the 30 second spot … And learning how to paint outside the canvas can be painful,” Young observed.

But these are strengthening exercises. One of the biggest challenges creatives must face is being the so-called “brand stewards” Ogilvy believes agencies are — while remaining accountable to users’ growing curiosity about the authenticity behind our messages.

“In the world of social media, it has to be true. You can’t deceive, you can’t lie, you can’t mislead. Because you’ll be dead,” Young said flatly.

Then the first-ever MIPTV Brand of the Year Award was given to American Express, “a true leader in branded entertainment… that digitally connects card members to a variety of unique events and experiences” approaching a new level of entertainment and engagement, said Reed MIDEM’s Anne de Kerckhove (centre, below), citing AmEx’s YouTube and VEVO projects, as well as its partnership with Fox series Glee.

The award was accepted by AmEx SVP of global ads, media and sponsorships Marie Devlin (left).

“We see the value of branded content in many ways,” said Devlin, graciously adopting Young’s preferred expression. “But for us it’s most important to connect our brand with the experiences and topics” people most care about.

American Express also perceives itself as giving cardmembers “a unique perspective on the world through [its]lens,” part of a branded content strategy that also prioritises manifesting its “higher level of service” and affinity for innovation.

Cue warm applause all around!