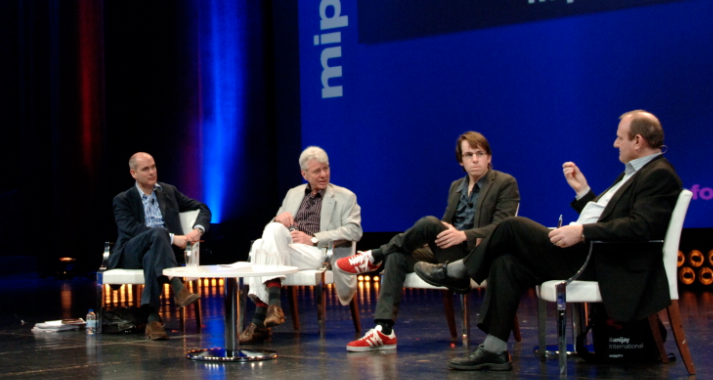 Building a format, protecting it, and other lessons learned from the creators of "Millionnaire" and more
By Angela Natividad on April 3, 2011 0 Comments

Coad gave us a quick run-through of how to protect a format, but started by emphasising the importance of doing so. He even said your ability to protect it is directly proportional to your ability to exploit it in the marketplace.

“A good reality format becomes literally a license to print money,” he stressed, adding that the trick was attracting the “copyright fairy,” whose wanton attentions could, at some point in your development process, grant you international protection if you play your cards right.

His tips on laying a nice groundwork for your copyright fairy:

For more elaborate details on protecting your format, a full presentation is available on the Lewis Silkin website.

Now on to conceiving formats. Briggs is among the minds that conceived “Who Wants to Be a Millionnaire?”, a format that took two weeks to draw together. That isn’t to say it was perfect after two weeks; that is to say the path was nicely laid for experimentation.

“Choose a moment in time when something is changing,” he advised at outset. Millionnaire was born when premium rate calls in the UK came to the fore. That, coupled with the chance (not the certainty) of winning a million pounds, made a winning combination.

“In the case of Millionnaire, people behaved differently when money was involved,” he reflected. However, the creators also found they were reticent to gamble, so three lifelines and other safe havens were added.

Despite those fixed safety nets, the psychological idea that your wins rely on your certainty is another aspect of what makes the show great, hence the now iconic question, “Is that your final answer?”

The tension of the atmosphere also fed and reinforced these core ideas, so set design and music were prepared to maximise that.

“The music became a heartbeat, reflecting the tension in the show… putting the audience in the gladiatorial arena,” Briggs waxed.

At the heart of all this is the philosophy that if you don’t have a good tight idea at outset, you need to keep throwing yourself at the blackboard.

“If you can’t write it down on a sheet or two of A4 paper, rethink it,” Briggs said simply, because what you do won’t make any difference if the idea is not solid and clear.

“Someone told me it’s not an idea unless you can piss it in the snow,” Scroggie added helpfully. Briggs called that a helpful metric.

Scroggie went on to emphasise that “One of the main tools of creating formats is insecurity; the want to tweak and tweak and fix.” He clarified thus: “Most creatives like … to have walls, a set of criteria to work around with.” Constraints give you a nice foundation to stand on.

But don’t let manhandling the constraints get you lazy. “If there’s one mechanism in the show you’re still not sure about… it’s what will go wrong in the pilot of the show,” Scroggie stressed.

A format will never be perfect, and indeed, Millionnaire has evolved in unexpected ways depending on country.

The ability to visualise the idea on television, and easily comprehend how it will affect users, is also crucial to scoring on-air time.

“The whole launch of Millionnaire became a massive event. If it had dumped on ITV, I’d probably be dead right now,” Briggs said. What saved him is that you could truly feel the tension that would grip an audience when you watched the pilot.

Marcus gave all this practical advice a more emotional edge by reminding us that “entertainment TV is supposed to entertain”… as opposed to “documentary TV that makes you feel sh*itty about yourself.”

That isn’t to say that today’s audiences are duller. Far from it. “For this generation, intuition is more important than knowledge,” he said. Prior to Google, knowledge was a fairly tough thing to attain unless you had a set of encyclopedias at home or a library in walking distance.

Today you just open wikipedia. Knowledge is cheap, commodified. And when that happens, how you synthesise that knowledge in real life is what matters.

Information was about showing off your ability to memorise trivia, Marcus said; intuition forces to “find yourself” in that information, using a combination of luck and your gut feeling.

He also reminded us that television isn’t as passive as we believe. “When we sit to watch TV, we’re not just viewers, we’re witnesses.” He cited examples of how we all experienced “that Susan Boyle moment,” or how we felt when somebody really did make a million on “Who Wants to Be a Millionnaire?”.

“Witnessing is kind of feeling active while watching TV,” Marcus said, which ties back to the active tension audiences feel when watching Millionnaire: it’s palpable, it is alive and present in your living room.

Will your format manifest itself as powerfully? Another key box to tick, according to our experts…