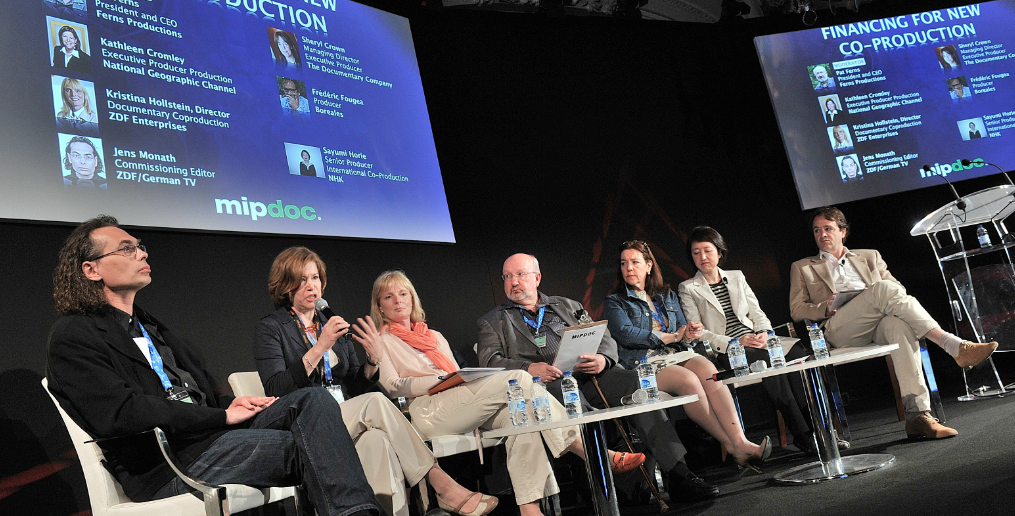 Discussion covered case studies and new financing opportunities. Among the former was a detailed production analysis of “The Volcano Devils,” which follows volcanologists Katia and Maurice Krafft, who died in an eruption in Japan 20 years ago. It was co-produced by Boréales in France and Japan’s NHK.

“It’s been 20 years and we lost 43 people,” Horie said. “A volcano is different from an earthquake. Volcanos always warn us, and scientists keep collecting data.

“So although the scale was much smaller than the more recent earthquake in Japan, this story was very special for us… We were responsible for the local community at that time, we were on-site.”

“The DNA of the project itself is mixed,” Fougea said. “We had a lot of information from the French story, then we got into the Japanese characters’ stories, their destinies, and we had to weave them together in this tragedy.”

Blending this DNA was tricky. There was the story the French heard, and that which the Japanese lived. Between five screenwriters in France and four in Japan, 17 scripts were exchanged over the course of two and a half years.

“We had a difference in … distance from the events,” said Horie. “We were involved 20 years ago … his team were really good in following up all of the details but it took some time [to catch up].”

“I wouldn’t have told the story initially like this,” Fougea admitted. “We got to understand how the Japanese relate to the earth, how they manage catastrophe.”

In short, an excellent example of the level of understanding and effort required for a successful coproduction.

Then on to the nuts and bolts of financing. The Documentary Company has launched a new fund for documentaries. Visit www.documentarycompany.com for a presentation of types of films they seek and additional criteria that needs establishing if you are interested.

“I think there are some fundamental stories that need to be told and could be told” – stories that could reach a wide audience, said managing director/executive producer Sheryl Crown.

The funding model was inspired by people who take advantage of a UK tax loophole, called the EIS Scheme, to fund fiction features. Crown’s partners in Britain decided to do the same for documentaries. The only setback is that money invested has to be made back quickly, meaning documentaries funded must have immediate and wide appeal.

What they’re looking for:

The Documentary Company caps investments at £150,000.

Also discussed were ways to work new media into the coproduction process. Most would agree that digital and mobile applications spin-offs serve the interests of TV and film producers, but the truth behind the scenes is complicated.

“It gives the programme another sort of promotion and publicity, and very often it’s a question of timing,” said Kristina Hollstein, director of documentary coproduction  ZDF Entertainment.

National Geographic’s Kathleen Cromley elaborated. “We require a list of deliverables from our producers that practically eclipses the programme itself for creating so many different kinds of different non-broadcast media” — that includes blogs, image galleries, and mobile apps — “depending on the programme and what’s available, we’ll try to just build that out.”

But to avoid legal issues and an armada of people trying to take financial bites out of an application later, Hollstein emphasises informing all other parties in the channel early on in production, well prior to development. That way you run less risk of getting a good piece of work blocked in post-prod.

“As producers’ demands [for applications]are increasing, and it’s really important because there are so many people now who are going to the Web to experience the programme,” said Hollstein. “We hope that translates into watching the broadcast, but I do think the programme is getting out there.”