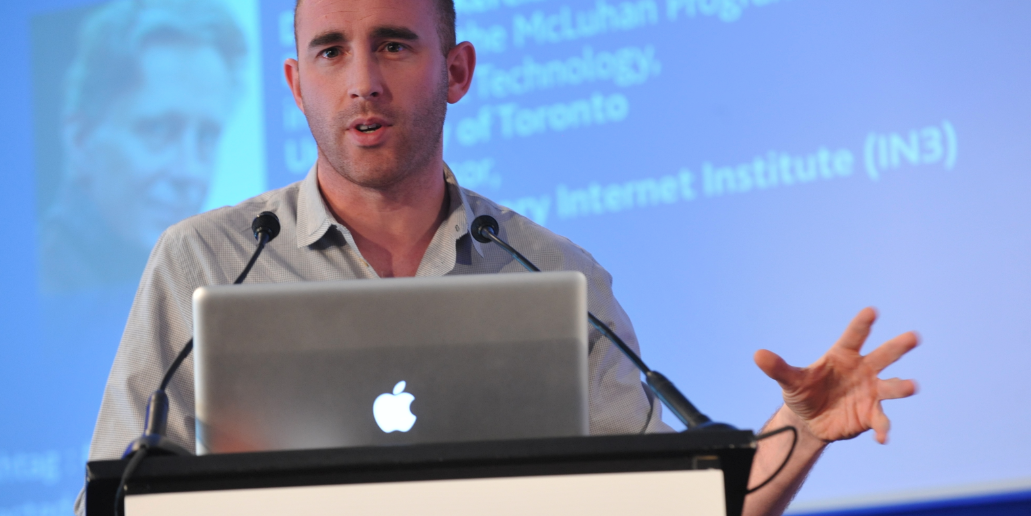 Liveblog: Matt Mason: Can piracy be a path to innovation?

Matt Mason explains why creative industries should take a different tack on infringement
By Stuart Dredge on April 7, 2011 3 Comments

Matt Mason thinks piracy can be a positive force for connected content. His book The Pirate’s Dilemma came out in 2008, and was subtitled ‘How Hackers, Punk Capitalists, Graffiti Millionaires and Other Youth Movements are Remixing Our Culture and Changing Our World’. He is also director of innovation at creative agency Syrup/LBi.

After his presentation, he was interviewed by Derrick de Kerckhove, director for the McLuhan Program in Culture & Technology at the University of Toronto, and professor at the Interdisciplinary Internet Institute.

He started by pointing out that digital content exists online, and can be copied an unlimited number of times without losing any quality, for free. “That’s very hard to control,” he said, before segueing into a comparison to the US government’s 40-year ‘war on drugs’, which Mason says has resolutely failed to prevent people from ‘sharing’ drugs – despite punishments like incarceration and death.

“We’re not gonna stop people sharing these things… The bad news is it’s going to get a lot worse,” he said, referring to connected 3D printers, which may at some point allow people to download product details and then print out facsimiles of, for example, trainers. “Copying is going to become more of an issue for more industries,” said Mason.

“We see piracy as being this problem and this threat, but it’s also an opportunity,” he continued, before remembering his days as a pirate radio DJ on Ice FM, where the police were simultaneously trying to catch it to shut down, but also advertising on it to reach its audience.

Mason said that the reason people listen to pirate radio is that they’re playing the newest artists and songs, compared to the more staid playlist policies of the commercial radio stations. “They’re an incubator of innovation,” said Mason, of the pirates.

So how does the content industry compete with pirates? The first obvious method is fight them, but said that “these periods of chaos become the new order in the end… the smart thing to do is copy pirates. If you can’t control it, and people keep doing it and want to share this content… really that’s a market signal that there’s something going on outside your market.”

Mason said services including iTunes, YouTube and Hulu are examples of this: legal services offering the same kind of access to content that had previously only been restricted to pirate sites.

He also talked about some examples from the games industry: a 1981 game called Castle Wolfenstein for the Apple II computer, which three 11 year-olds managed to crack into, changing its Nazi characters into Smurfs, revamping the game as Castle Smurfenstein. “They shared this version of Wolfenstein on bulletin boards with their friends, and it became an underground hit,” he said.

Ten years later, one of those children’s peers – John Carmack – formed id Software, bought the rights to Castle Wolfenstein and released a new version, but inspired by the Smurfenstein remix, left the code open so people could make their own levels and tweak the game’s content. Something that in turn contributed to the rise of the ‘machinima’ artform. “There’s this whole form of culture that grew because three 11 year-olds found their way into a game in the 1980s.”

Mason also talked about the fashion industry, and the fact that “because people can copy each other, we have trends… letting people copy you is a really good idea.”

He also had more advice: sell things that pirates will never be able to copy. That includes convenience – iTunes is easier to use than the pirate services. Also experience. Mason said box-office receipts are going up year-on-year because of the experience of cinema. “If the experience keeps getting better and better, we’ll be okay,” he said.

“Transmedia also pirate-proofs content,” he said. “If people have got all kinds of options for getting your stuff for free, a good idea is to give them more and more options to pay for it.” He cited Heroes as a good example of a show that prospered with a transmedia strategy in this way – fans had lots of way to pay for the show or related content and products.

The final thought of Mason’s set speech: if someone is copying your stuff, who should you consult first: legal or marketing? He talked about a famous example of a band called Guy’s Night who made a song inspired by Die Hard, and put it online with clips of the movie, before being ordered to take it down by studio Fox’s legal department. Two weeks later, Fox’s marketing department heard about the video, and rang the band asking them to put it back online. In other words: marketing.

Mason finished by returning to the idea of content owners providing more ways to get their content legally, rather than simply trying to fight piracy. He used recent news stories in the US suggesting that better-than-expected music sales in the early months of 2011 are due to P2P service LimeWire being shut down last year as an example.

“I don’t think it has as much to do with LimeWire going down as it has with there being so many ways to get music legally now,” he said. “Now we’re seeing the content industries get much more aggressive about innovating… variable pricing, anything that legitimises the behaviour and makes it part of the new normal is a great way to go.”