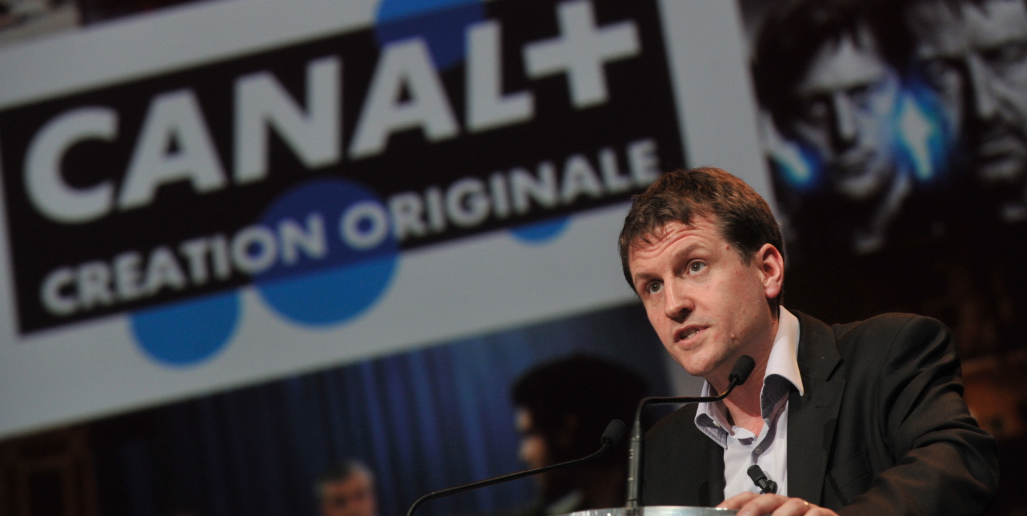 The EVP of Content at Canal+ Group & Canal+ COO addressed MIPTV delegates this afternoon
By Stuart Dredge on April 4, 2011 0 Comments

Canal+’s pay-TV business model right now is based on three fundamental aims. First, exclusive and brand-identified content – something shared with HBO, Showtime, Sky and other pay-TV broadcasters around the world. Second: a general entertainment model. “Canal+ is not solely a movie and sport channel. It is a premium general entertainment channel,” said Belmer. Third: a strong cultural aspect, which elevates the content above pure entertainment.

That content includes movies and sport, of course, as well as US series bought in, and original content – ‘creation originale’ – which aim to reflect specific Canal+ values. That includes series by French filmmakers in its ‘auteurs’ strand, scheduled on Monday nights.

How will this strategy evolve? “It’s the digital revolution,” said Belmer. “The outcome of this transformation is twofold: fragmented offering and heightened choice for viewers.”

Belmer said that shrinking audience shares for traditional channels are exerting additional pressure on their finances, whether they are advertising-funded or subscription-based. Second – and more important according to Belmer – is the over-abundance of American programmes, from sitcoms to blockbuster films.

Canal+ is developing two new areas of focus which will influence its future strategy. The first is based on its audience. “Within just a few years our business model has evolved from a single analogue channel… to a complete enviroment that we call Canal+ Univers” – that’s five channels and a catch-up service available across TV, PC, mobile phones and games consoles.

“It has enabled us to consolidate our audience further,” he said, citing Canal+ as the only historical channel to have increased its audience year-on-year, if you take the numbers across all platfoms. Its audience was up 7% last year under this thinking. “The advent of new technologies has been transformed from a threat into an opportunity,” he said.

The second new focus is editorial: content. The model is currently being modified, with an increased investment in exclusive ‘brand-defining’ programmes. Canal+ will retain a robust offering in sport, and will be stronger in French movies thanks to its agreement with the French film industry. But strengthening its original content activity will be important too.

“In practical terms it means we want to turn Canal+ original content into a key subscription-driver, on a par with our movie and sport genres,” he said. This means developing new programmes for its offering.

This brought Belmer onto the subject of international co-productions. Canal+ has built its strategy in this area to give it the muscle required for big-budget drama productions – in the future it intends to produce two 12-hour series a year of this nature, with budgets as high as €30 million, shared between Canal+ and its partners.

“We think we need to develop world-class projects in our valuable European territories,” he said, before taking a few questions.

What is Canal+ doing on the transmedia side? “Our philosophy is that we want all of our key content to have transmedia applications,” he said.

“We don’t want to create transmedia applications per se… We think we need transmedia exploitations of our big franchises.” Belmer explained that Canal+ is not making apps and websites itself, but is instead encouraging its auteurs and production partners to come up with transmedia treatments when working on projects.

He also came back to the budget issue, saying that Canal+ has a budget of €1 million per hour of original programming, but needs to close the gap with the international standard of €2.5 million per hour in order to create truly world-class shows.

He also talked about the changing nature of competition in the global market. “We think that globalising competition will emerge with strong groups with the capacity to acquire programming,” he said. “That’s why we think that we need to build our future by having an exclusive original content strategy to be able to differentiate, and to continue to build value vis-a-vis this globalising competition that will probably be focused on American programming.”

Balmer also talked 3D: Canal+ airs one 3D movie a month, and shows one football match a month produced in 3D. “We will increase our volume of broadcasted 3D at the point where 3D sets will develop in the French market,” he said, warning that the pace at which French consumers are upgrading to 3D-capable TVs is still slow.