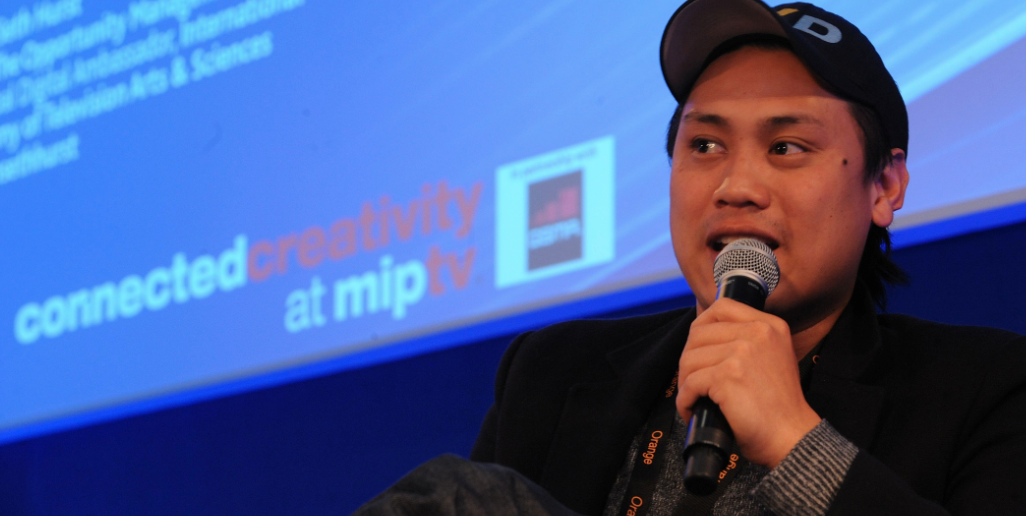 The inaugural Connected Creativity Forum got underway today with a veritable star of digital content.

Filmmaker Jon Chu has worked with one of the hottest pop properties around in Justin Bieber, having made the Never Say Never film that brought the teen idol to cinemas around the world. Chu has also directed movies including Step Up 2: The Streets and Step Up 3D, and last night won a Pioneer Prize at the International Digital Emmy Awards.

He was the subject of the opening keynote interview at the Connected Creativity Forum this afternoon, interviewed by Brian Seth Hurst, CEO of The Opportunity Management Company and global digital ambassador for the International Academy of Television Arts & Sciences.

He started by talking about the Legion of Extraordinary Dancers, an online series based around dance. “We started making these fun little dance videos where I challenged Miley Cyrus to a dance off,” he said, talking of the period after the last Step Up movie was made.

Said dance battle was conducted over YouTube, eventually pulling in celebrities like Diana Ross, Chris Brown and Adam Sandler to take part, with the videos going viral, and spin-off profits from t-shirt sales going to charity.

“This is really fun, but what if you controlled both sides?” said Chu. “That idea if we could control this narrative, then we have something really interesting, because it combines all of the things the web is good at.” Which is where the Legion of Extraordinary Dancers became a fully-fledged project, backed by Paramount Digital Entertainment.

Chu talked about the importance of the cinematography and choreography, with the professionals involved from the start of the process to ensure they can create some unique shots and scenes. “I love movement, it’s not even about dance,” he said. “I’m not very good! But I love the idea that movement can communicate what a paragraph of text could never communicate.”

How about the conversation with the audience that runs through a project like the Justin Bieber film?

“I love the fact that we’re in a day and age where… you can now have a film and release and then talk to your audience while they’re watching the movie, and what they experience after the movie and what they thought about it. It’s such a different experience.”

Bieber tweeted about Chu’s role before the film was made, which led to tens of thousands of fans tweeting him to tell him what they thought should be in the movie, with Chu tweeting out instructions during the shooting process around Bieber’s tour – for example, encouraging fans coming to one gig to bring glowsticks.

“That conversation was not even possible before,” he said. “I didn’t understand that before going through it with Justin, and realising that these kids really did get him there, and they’re still a part of it.”

This culminated in releasing a new version of the film with 40 minutes of additional footage, some of which was recut according to the desires of those fans. “Stories now are evolving,” he said. “For certain things, you’re building a world, you’re building an experience that people can play in… and have it grow into something totally different.”

He was also enthusiastic about the way young people can create their own stories on YouTube, without needing access to a studio or a big budget. “It’s going to be the new reading and writing to know audio-visual grammar,” he said. “It’s going to be an extremely empowering idea.”

Chu strolled on stage with an iPad today – how is that affecting how he makes movies. “That direct contact – the effect that they have a thing in their pocket that we can feed live information to is pretty awesome,” he said, mooting the idea of mobile owners being able to watch a film in the cinema for a second time, and get a director’s commentary streamed to the device as it plays. “Theatre [cinema]owners will probably hate it!” he laughed.

Chu said technology is just a tool though: “The story is all important… it’s always about story and character, no matter what.”

He admitted that some interactive trends can be difficult, saying he likes the control that the storyteller has over linear content, so isn’t so keen on making games rather than films or TV. “In gaming it’s hard, because you build a world and they go and explore… I don’t know if I would be good at creating a gaming experience… I think it’s a different part of the brain to be honest – I don’t really understand how I could be good at that!”