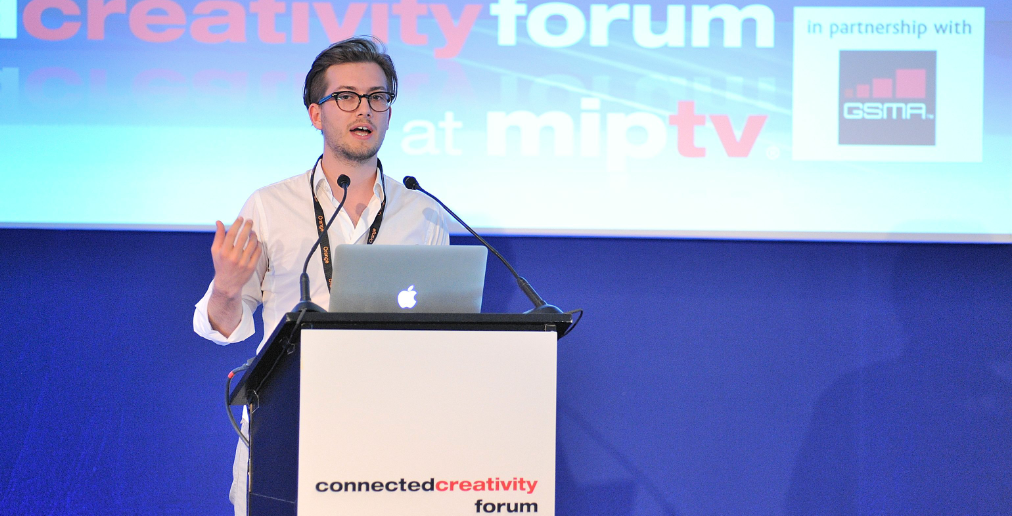 Liveblog: Innovation case studies from around the world

The Connected Creativity Forum has been a blizzard of ideas and stats today, but the afternoon also had time for some case studies of digital innovation. Six companies took to the stage, with 10 minutes each to show off their best projects.

It’s a subscription-based service – “most players pay for free, but a certain number of parents sign up for the subscription” – its users are fairly evenly split between girls and boys aged 5-11, and its content is a mix of mini-games, and customisation of a house and garden.

“Two years ago we were teetering on the edge of bankruptcy, and now we’ll do about $100 million gross in sales of Moshi Monsters this year,” said Acton-Smith, who said Moshi Monsters’ DNA is more aligned with Facebook than with previous child-focused virtual worlds like Club Penguin. “The penny drop moment for us was when we realised that kids like to communicate and show off online just as much as grown-ups do.”

Now Mind Candy is taking the brand offline, starting with books, toys and video games, but now moving into TV, via its own online video player, which attracts seven million monthly unique users at the moment. Moshi TV “sits somewhere between traditional broadcast and the infinite channels of YouTube,” he says.

“Traditionally broadcasters decide what content goes on their limited slots on TV, but in a model like this, the kids decide... The internet is about to turn the world of kids entertainment upside down… The most successful kids properties of tomorrow will originate online.” He also said Mind Candy sees Moshi TV as “an alternative to the broadcasters” for its young users. Mind Candy will make its own animated series, but he thinks it will sit more naturally on the Moshi site or YouTube, rather than traditional TV.

Interlude
Founder and CEO Yoni Bloch was up next to talk about Israeli startup Interlude. He’s actually a famous singer in Israel, but got into tech when he wanted to make an interactive video online, but couldn’t find any company doing what he was after.

“When the internet came, online videos haven’t changed – they stayed the same: videos, just online,” he said. Interlude’s idea: people watch a music video, but every so often get prompted to make a choice, which then changes the video, shifting between different points of view and even altering the music.

“People are sharing it three or four times more than they do on YouTube,” he said. “People view the video three times or more, but in YouTube they don’t even get to 70% of the length. And 90% of the people make choices in real-time… I don’t just get people to watch the video three times, which is great, but I also know that the person is actually paying attention to the video all the time.”

Interlude was funded a month ago by Sequoia. “We are doing an iOS version of it, and we are also doing a collaboration with Xbox Kinect,” he said. Interlude is licensing the technology to other companies, including Nokia and AOL. And the tech can be used for narrative drama as well as music videos. Its key point: the joins between the different scenes are seamless, unlike some rival technologies.

Fridge
Fridge is a private social network, and CEO Austin Chang was next on stage to explain it. “It’s all about the context,” he said. “How pwople engage with each other today… They are simple private groups for you to share your photos, videos, your events with friends.”

He talked about the hope of broadcasters that when they engage with people on Facebook and Twitter, each person will share a piece of content or information with a few friends, who’ll then share it again and so on. But Chang pointed out that people tend to have 4-6 separate social groups of friends – school friends, family, work friends and ‘interest friends’ (surfing, football etc). And they don’t interact with each other much.

“People are moving away from a simple sharing model… towards more personalised, relevant context and content,” said Chang, who thinks content owners need to move with this change. So Fridge is about creating private social networks around specific clusters. Personal (family, friends), Interest (clubs, activities), and Temporary (events, locations). Some of whom may overlap.

SoundCloud
SoundCloud lets audio creators share their sounds across the web, with CEO Alex Ljung (photo) explaining that it aims to solve the problem that “The web is mute… We have been producing a lot of text, a lot of videos and a lot of photos, but somehow sound hasn’t hit the same kind of point that video, text and photos have.”

The company has a web app and a mobile app for iPhone and Android, which lets people upload an audio clip from anywhere. The service is used by around four million people, from professional musicians – Snoop Dogg, Ryan Adams, Kylie Minogue etc – right through to normal people. “The common thing is they’re all creators – they all create sound in different kind of ways and forms… Creating is a lot cooler than consuming.”

SoundCloud is being used this week at MIPTV – attendees are being invited to download the SoundCloud app, and then upload audio clips from the show or its parties – if they have MIPTV in the sound’s title, it will appear on a ‘sound-map’ on this very blog.

Last week, rapper 50 Cent recorded some rhymes in the studio, with a partial backing track, and uploaded it to SoundCloud inviting other producers to finish it off. “So far there have been two or three thousand tracks produced for him, and they just keep coming in!” said Ljung.

Sony Pictures Europe / UltraViolet Europe
Tim Wright from Sony Pictures Europe started his presentation by pointing out that paid content is not doing as well as it should be doing. The UltraViolet Alliance – also known as DECE – has five of the six major Hollywood studios, and a wide range of hardware makers and mobile companies.

“The aim is to get an open marketplace for electronic sell-through… we’re aiming for DVD-like levels of interoperability, but for a connected world. We believe that UltraViolet is going to be the standard for digital ownership in a connected world.”

People buy content, and can then stream it to multiple devices (12) and users (six), with an option to keep a physical copy of the digital content. Wright said DECE’s research indicates that consumers will change their behaviour for UltraViolet, paying a little more buying more content and choosing one retailer over another.

It launches in mid-2011 in the US, with the first rights locker and services, with the UK and Canada following later this year, with times for other markets still to be announced.

Mobile Roadie
Mobile Roadie makes the official MIP app, but CEO Michael Schneider was more focused on the wider trends around mobile in his presentation today.

“We live in a two screen world,” he said, showing a photo he took at a Lady Gaga concert where a third of the audience were pointing camera phones at the stage. “It doesn’t feel real any more unless we’re tweeting it!” he said.

More mobile stats: 39 mobile phones are sold every second, but the definition of mobile is changing, with tablets and in-car entertainment systems. “Mobile apps account for 50% of mobile internet traffic,” he said. “An app is a focus on a brand. The web can be very distracting… There is none of that in an app. It’s  avery focused experience. People are doing real business.”

Examples: eBay generated $2 billion in sales from mobile in 2010, 70% of which came through its app. iPhone users on eBay spend $65 a week on average – and iPad users spend $85 a week, said Schneider. He advised attendees to “take control of both screens” by releasing apps – unsurprising, given Mobile Roadie’s business model of making apps for brands, celebrities and events.