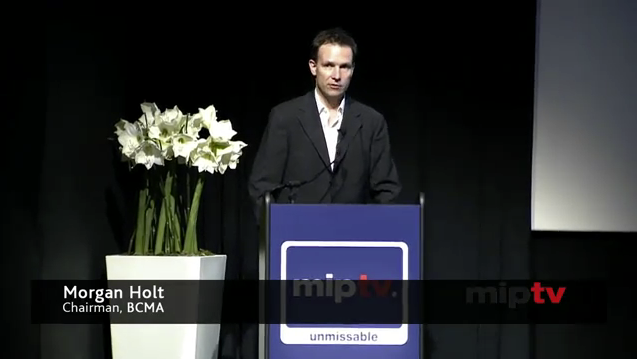 A Foster's case study, golden rules and a better definition of "branded entertainment"
By Angela Natividad on April 5, 2011 0 Comments

The BCMA‘s Morgan Holt began by demystifying whatever bells and ribbons we’ve attached to “branded entertainment”: it is editorial-lead marketing, not “an advertising campaign with a great storyline.” It must stand alone in its own right and deliver its own objectives.

And editorial-lead marketing involves the brand working as either a producer or an actor. An actor is product-focused, and at its simplest is product placement. But think further than that: being an actor in a borrowed landscape is effectively “creating your own starring vehicle.”

Producers focus on broader brand values and can generate loyalty because of the chance they have to engage in a longer relationship with users. At the simplest level, it’s sponsorship. But the ideal is to understand the audience so well that you ultimately influence their decisions.

Anchor yourself to these basics when things start getting more complicated than that (as they often do in the heat of the moment):

At this point, Naked Communications’ Jagger stood to give a brief case study on Foster’s beer, which he called “a no worries brand with a bit of a worry.” It lacked affinity, loyalty and brand preference in the lager market.

The brand’s defined goals were to:

It knew it needed to attach itself to a social currency that incorporated good feelings, good friends and beer — but that wasn’t about sports or music.

3.9 million tribal drinkers are online daily, and Naked knew that creating a digital platform for Foster’s would enable those drinkers to access it from work, at the pub or at home.

Comedy was also pinpointed as an accessible social currency. In the UK there’s a strong appreciation for the history and evolution of comedy culture, and it has plenty of access points. As a result, Foster’s Funny was born – an entertainment medium exclusive to Foster that is devoted to delivering quality comedy – including an exclusive series with Steve Coogan’s inimitable Alan Partridge persona – wherever and whenever. (Today, the website’s tagline is “comedy on tap”).

Jagger emphasised that a crucial element to getting a brand on board is their willingness to be open, to think in the appropriate scope and lend creative liberties. (We touched upon the importance of these points in the Brand Entertainment Essentials panel earlier today.)

“They’re used to thinking in ad campaigns,” which are shorter than branded entertainment’s natural life may be, Jagger said. And key to Foster’s success with Contagious Comedy is that it made a long-term commitment of 5 years. It knew that if it wanted to drive engagement, commitment would involve creating quality comedy content regularly.

“So far it’s working. Hopefully that continues,” he concluded.

ETV’s Cullen drove that point home. “TV is changing so radically that we shouldn’t be trying to graft branded content onto existing models,” he said. Every company is becoming a media company — and indeed they must.

But today’s model isn’t perfect. Today, the producer is at the center of a pyramid around which there’s the broadcaster, agencies and brand. This relationship works best when goals and desires are unified, and there’s clarity in communications between all four; but that kind of harmony isn’t always attainable.

“There are too many moving parts in this model, and interests that don’t deal with the real concerns of brands,” said Cullen.

The solution to this isn’t really clear. It’s easy to say our standards for creative should be rigorous, that ideas should naturally engage and excite the end user while serving the objectives of the brand, but all sides of this picture are flanked by potential for human error, time pressures, budget issues and unrelated personal motivations.

Navigate that as best you can, bearing in mind that the end goal of branded entertainment is to start conversations and sell stuff. (Eventually. And maybe not even in the ways you expect.)