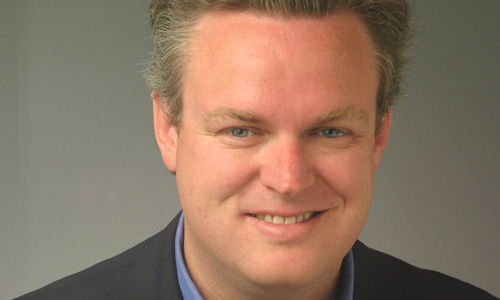 The chief evangelist of entertainment metadata firm Rovi explains in this guest post how dual-screen viewing is driving TV innovation
By Richard Bullwinkle on December 21, 2010 0 Comments

One of the most exciting trends in television is the use of second screen devices – smartphones and tablets – to push some hot new features from the TV and put them on the portable device that you probably already have in your pocket.

But let me back up a second.  Why is television innovation relatively slow?

But if new TV technology is on offer, such as 3D, HD or internet-connected, a lot of money needs to be spent on a new TV and possibly more to get it installed. It’s quite a lot for the average consumer to take on.

For cable and satellite providers, updating a box in the living room is a great deal of work.  In many cases, the software on those boxes takes about a year to develop, and some of the older boxes can’t handle new services.  Updating the boxes and the infrastructure behind the scenes can cost billions, so the cable and satellite companies have trouble keeping up with the kind of update schedule that consumers have come to expect from most of their devices.

So, how about a new way to innovate?  Put the standard features on the TV or in the set-top box, but advanced features in the user’s hands on a smartphone or a tablet.  Apps for iPhones, iPads and Android devices can be updated in a few weeks and with a few simple software hooks in the set-top box, the apps and the boxes can have a dialogue. Apps on portable devices can work miracles.

Want advanced search?  Put it in the iPad app.  The user only has to browse results, brought to life with rich images and metadata, and click on the show they want, for the set-top box or TV to tune to the show immediately.

Want to see every movie an actor’s ever done?  That’s almost impossible for a non-connected set-top box or TV to do, but an app on a tablet can do it with ease.

Want advanced DVR functions that would make a television look cluttered or complicated?  It’s actually quite easy to do on a companion device’s touch screen.

Big television manufacturers and cable companies alike are racing to create companion apps that give consumers many new capabilities, while keeping the viewer in the branded world of the provider.  Samsung has already shipped an app.  Expect them from everyone from Sky to Sony, and BBC to Lovefilm.

The race is on to meet an increasing demand for smart consumer experiences.  iPhone, iPad and Android devices offer platforms that allow innovation at a rapid pace, while not alienating the users who prefer not to have too much change.  The trusty TV remote will still do what it always has, but the coolest TV technology may be in the lap of the viewer.