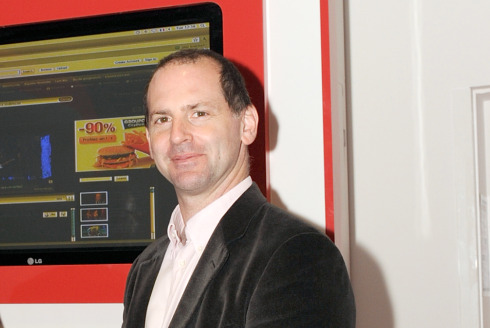 Blending traditional TV with apps and the web.
By Stuart Dredge on October 6, 2010 0 Comments

For content creators, a presence on YouTube seems essential – some might say unavoidable. But while the platform is well known, successful revenue models for those using it are not.

Thursday’s conference session Working With YouTube: Tales From The Digital Frontier (Audi K, 10.00) aims to answer some of the questions, bringing together content creators and distributors both large and small to discuss how working with YouTube fits their strategy.

“It will be more powerful to hear from the people actually using YouTube,” said Jeffrey Nathanson (photo), YouTube UK’s head of film, music and sport.

“The range of panellists show that it is great way for traditional broadcasters like RAI to reach a new generation of viewers, while this platform also works for smaller independent players like X-Treme Video.”

The session will be introduced by Patrick Walker, YouTube’s director of partnerships, EMEA, and will explore ways of working with the platform. The panellists include Frank Bywalsky of X-Treme Video, Largardere’s Gregory Dray, and Andrea Portante of Rai New Media.

It comes at a time when parent company Google, the search-engine giant, is to launch its connected-TV platform Google TV, of which YouTube will be an element. Other key launch content partners include Turner Broadcasting, NBC Universal, HBO, sports body the NBA, and online music videos service Vevo.

Google describes Google TV on its blog as “a platform that combines your current TV programming and the open web into a single, seamless entertainment experience”. It will be part of new TVs from Sony and Logitech that go on sale later this month.

Meanwhile, HBO is launching its HBO GO subscription service for Google TV, with hundreds of hours of programming available, while NBA has an NBA Game Time app that lets basketball fans follow matches in real-time.

Other partners for the launch include Vevo, Twitter, streaming video services Amazon Video On Demand and Netflix, and music services Pandora and Napster.

Meanwhile, Google TV will also showcase the new YouTube Leanback site, which is designed to make YouTube easy to navigate on a TV, rather than a PC.