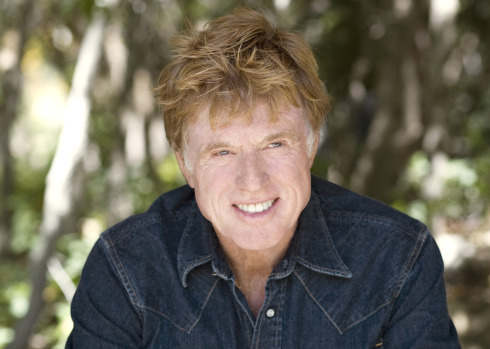 Robert Redford is in Cannes to mark the first anniversary of Sundance Channel in France
By James Martin on October 4, 2010 0 Comments

This and more in the MIPCOM daily News, online here soon!!

Sundance Channel is coming up to 15 years old. What were your goals for the Sundance Channel back in 1996?
Sundance Channel started as a natural next step for the core mission of our overall Sundance brand, which was to support artists in new ways and bring original and independent work and voices to wider audiences. Originally it was just to expand the festival concept onto television; once we took this first step we could begin to see ahead as to what shape the Sundance Channel could take. I’m pleased with where we have come with this company in this regard over the last 15 years, as we’ve been able to create and acquire content not seen elsewhere and deliver it over multiple platforms in dynamic ways. It is also very gratifying to see Sundance Channel launch internationally.

Sundance Channel has launched in France, Belgium, and parts of Asia. The plan is to continue to introduce Sundance Channel to more territories and continue to expand. The core philosophy of the network remains the same even as you modify to meet the needs of different countries and cultures.

Has the acquisition by Rainbow Media changed anything at the Channel?
Joining the Rainbow family two years ago brought with it an international reach I’d always wanted for Sundance Channel as well as resources Sundance Channel might not have had otherwise. For instance, a video on demand division called Sundance Selects has been launched so that audiences can connect with great independent films that may not open in a theatre near them. The acquisition has brought more options for artists, more options for audiences, which has always been the Sundance focus.

From a business standpoint, I think we’re much more integrated across departments. Everything we do has potential on multiple platforms, and our content’s success may well even rely on being pushed out there on multiple platforms. Digital technology has made Sundance Channel content available to a much wider audience — in accordance with our initial goal — in new and exciting ways, like our original series and films being available on demand through most cable and satellite operators.

What innovative television have you observed recently?
I am more of a movie-goer than TV watcher. However one can not help but notice how many more opportunities there are for creatives on television and how many film people are doing series specifically for TV. Series such as Mad Men, Breaking Bad, or Boardwalk Empire are a reflection of the very high quality of product that is on television these days, and in an era of tough film financing, television provides a very interesting option.

On Sundance Channel I am particularly proud of Brick City, which is shot in a verite documentary style, but edited for drama and television pacing. It received a prestigious Peabody Award and was nominated for an Emmy. Season two launches in early February 2011.

What are your hopes for your visit to Cannes?
Sundance Channel global is up in six markets and I know that there is the amibition to launch in more territories. MIPCOM offers the opportunity to be in front of key distributors from around the world and allows them to learn a bit more about Sundance Channel. It’s also a great opportunity for the creative executives at the network to meet with other makers of television from around the world to get ideas, talk about how to work together, get inspired.

What’s next for the Sundance brand?
Bigger is not necessarily always better and any expansion has to fit a set of criteria that adheres to the basic tenets of the brand. We are not in a rush to strike out in many directions, rather the proper directions for us when the time is right and there is a reason to do so. Something having to do with the expansion of our long-held commitment to documentary film may well come to fruition soon and we continue to expand the work that we’ve always done which brings to the table artists and creativity in the development of public policy for the 21st century.

That said, I am pleased that we are still here, that the brand continues to have meaning and resonance.