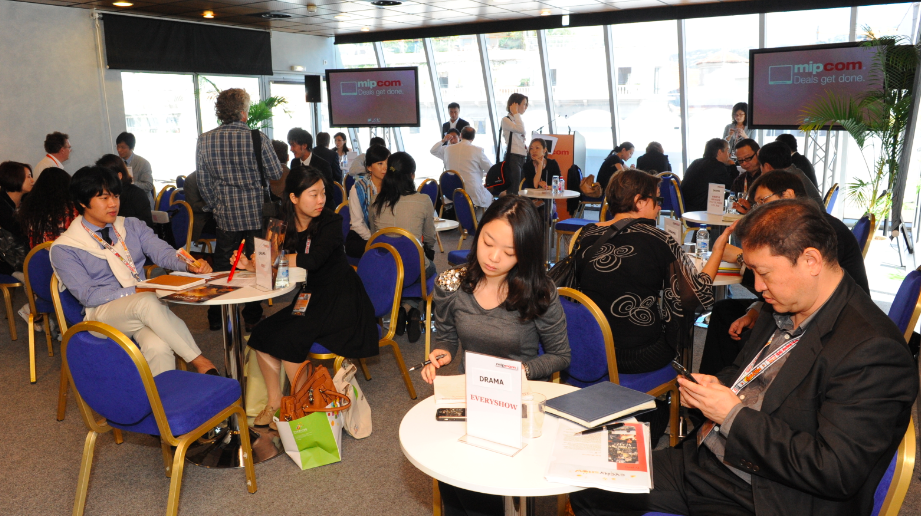 What Asia's Buying and Selling.
By Angela Natividad on October 6, 2010 2 Comments

This new MIPCOM offering, coorganised with The WIT and Virginia Mouseler, seems to have responded to a serious hole in the market. The screening of Asian content was extremely well-attended: it was standing-room-only in a matter of minutes, buzzing with members of the enormous and variegated Asian market.

Below, samples of a few South Korean, Japanese and Chinese offerings.

“The Musical.” Story of a female medical student who dreams of becoming a singer. Told with elaborate personal threads, carried by just few actors at a time, and infused the musicality of Broadway.

“Goldenball Challenge.” KBS Media. Trivia game show in which teenage representatives from a high school respond to questions on a quest to ring the golden bell.

“Criminal Department.” OBS. Reality documentary that follows a team of detectives on their quest to crack disturbing crime cases in Korea. Exposes darker side of the human condition.

“Unsolved.” CJ Media. Follows the Joseon Dynasty through a series of unfortunate events, unfolded like a police thriller with supernatural elements. Historical mystery/fantasy.

“Mammoth.” EBS. Follows female mammoth Mammu, born on eastern edge of Asia. Her story is presented as an opportunity for humans to change their attitudes toward Earth.

“Exit.” NTV. Contestants face challenges as they try breaking out of a scary room – one whose floor is made of quicksand, whose ceiling is slowly lowering, one that’s slowly filling with water, or one in which you can only stand on a plank – by solving puzzles. Escape is worth “honor and a cash prize.”

“Cell Phone Relay.” Yomiuri TV. A cell phone must travel “alone” between two distant locations. The challenge: to find strangers who’ll carry it while taking orders from a disembodied voice, then pass it to someone else willing to continue on.

“Dawn of Gaia.” TV Tokyo. Documentary series that shows how Japanese companies and technologies can contribute to saving the world. Show focuses on two companies trying to save children, and solve the poverty problem, with unique technology.

“Jin.” TBS. Historical sci-fi drama. Brain surgeon sent back in time to 19th century, politically volatile end of the Edo period. Must save lives without modern-day equipment or drugs, while trying to solve the personal mystery of why he was sent back.

“Love Lost Love Found.” Fuji Creative Corporation. Ladies with bad luck in love let the worst breakups of their lives be dramatically reenacted. The situation and their reactions are analysed by romantic experts, poised to give the girls a rise.

In a separate room, 20 single men analyse the reenactments and the girls’ response to experts’ critique/encouragement. They move to “yes” or “no” chairs depending on whether they want to date her. At the end, the girl might find herself before a choice of suitors, which take her on happier dates. Afterward, she can choose a suitor or take home a bag of good memories.

“Everything’s a Race.” TV Asahi. Like horseraces, but get bored watching it with horses? Humans race on a track covered in obstacles while spectators place bets on fittest and best.

“Codes for Traveling Through Time.” Whengxu Pictures. 9 magical and strong children able to shapeshift in 72 ways use their teacher’s time machine to travel 1000 years back to the Song Dynasty, where they help solve criminal cases.